How legitimate are Turkish claims in the Mediterranean?

The relationship between the European Union and Turkey is a key issue of the German EU Council Presidency. "We need a coherent Turkey strategy," declared Chancellor Angela Merkel in the German Bundestag on July 1st. The EU's policy on Turkey must encompass the full range of issues - from Syria to Libya, from the refugee problem to human rights. The Chancellor named Turkish oil and gas drilling off Cyprus and the Greek island of Crete as a "difficulty" to achieve a lasting understanding between the EU and Turkey. The former have been taking place since 2019, the others have been announced for autumn. The drilling is one of the most important topics that Foreign Minister Heiko Maas wants to discuss with his Greek interlocutors this Tuesday in Athens. 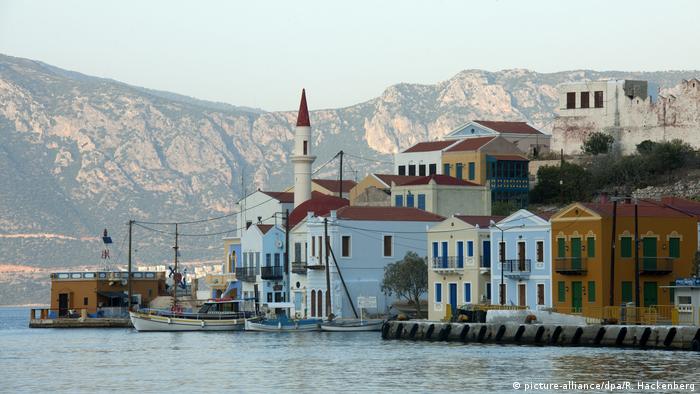 The Greek island of Kastelorizo ​​- in the background the Turkish mainland

The background to this dispute are Turkish claims to sea areas in the eastern Mediterranean. For decades it has been a thorn in the side of Ankara that the numerous Greek islands off the Turkish Aegean coast hardly allow Turkey to have a noteworthy Exclusive Economic Zone (EEZ). Foreign Minister Mevlut Cavusoglu recently called it unacceptable in an interview with the Süddeutsche Zeitung that the small island of Kastelorizo, which lies over 500 kilometers from Athens off the Turkish mainland, should claim a sea area of ​​200 nautical miles in each direction.

The aspect of fairness

According to the 1982 United Nations Convention on the Law of the Sea, such a claim is "justified for the time being", says Professor Nele Matz-Lück, Director of the Walther Schücking Institute for International Law at the University of Kiel. She refers to France, which claims several small islands in the South Pacific and the Southern Ocean with the corresponding huge sea areas around for itself. Similar to the mainland, "real", ie habitable islands, unlike rocks, can claim a continental shelf and an EEZ of 200 nautical miles. However, if this zone overlaps with that of another state, the states concerned must agree on the course of the border in accordance with the international law of the sea. 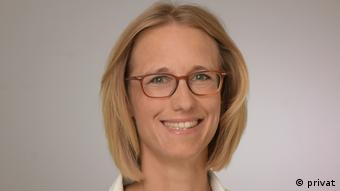 Nele Matz-Lück, professor at the University of Kiel

"It is less clearly regulated what this agreement should look like," said Professor Matz-Lück. "When states come to an agreement in a treaty, they are very free as to which method they use and what result they come to. When such a case is submitted to an international court or an international arbitration tribunal, it should decide on the basis of equity . " According to the maritime law expert, such a point of view would also apply in the case of small Greek islands off the Turkish coast: "For reasons of fairness in individual cases, arbitration tribunals and international courts identify small islands that would lead to a distortion of the situation the boundary line is not taken into account. "

When is an agreement legally effective?

Although there has not yet been a verdict, the Turkish government has announced oil and gas drilling near the island of Crete for September. She referred to the "Memorandum of Understanding" on the division of the sea areas in the Eastern Mediterranean, which she signed in November 2019 with the Libyan government recognized by the United Nations. Not only Greece, but also the other neighboring countries have rejected this agreement, which Ankara deposited with the UN Secretary General last week. Similar to the Scientific Service of the Bundestag (in January 2020), Professor Matz-Lück comes to the conclusion that the contract, "even if it has come into effect and has come into force, cannot have any effect to the detriment of third parties". A treaty between Turkey and Libya, which completely ignores Greece's claims to sea zones, could not have any legal effect, at least vis-à-vis Greece. 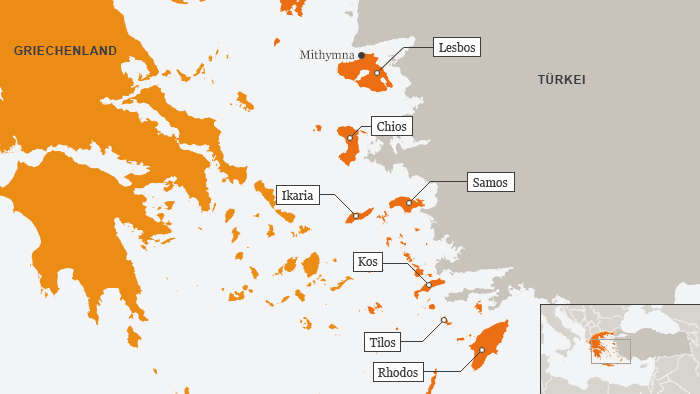 Greek islands in the Aegean Sea

An agreement on the law of the sea on the division of the respective EEZs in the Ionian Sea, which Italy and Greece agreed in June, is, however, legally effective. "Whether you have to ask the neighboring states depends on whether you have overlapping borders with them. Basically, as long as you divide up an area claimed bilaterally, you don't need to involve other states," says Nele Matz-Lück.

She is equally clear about the Turkish oil and gas wells off the coast of Cyprus: "Even if the status of Northern Cyprus is highly controversial, Turkish oil and gas wells on the Cypriot continental shelf are not legally secured." The director of the Kiel Institute for International Law does not accept the Turkish objection that the International Convention on the Law of the Sea has not been acceded to and therefore does not have to adhere to it. Many of the provisions of the Convention now have "customary effect". Even Turkey is now referring to them.

Greece and Cyprus have so far refused to negotiate the issue of the maritime border with Turkey. They take the position that this is already regulated by international treaties. It is questionable whether this position can be held any longer. But if Ankara, Athens and Nicosia should decide to appeal to an independent institution in order to reach a settlement, the International Court of Justice in The Hague or an international arbitration tribunal would be an option.

Until a judgment is reached, in the opinion of Nele Matz-Lück, "one could agree on a temporary solution that provides for joint economic use (joint development) of the disputed sea areas without claims arising and the result of a later agreement being anticipated divides the profits until one can, at some point, maybe, agree on drawing a line. " In practice, according to the professor, this joint management could ultimately become a permanent solution.