Where did the Soviets train in World War II

Michal Piotrowski sits in front of his house in Breslau, deep in thought. The morning sun shines in his face, a beautiful September day begins - like 70 years ago. But the 90 year old is depressed. Piotrowski recalls September 17, 1939, the day Soviet troops marched into eastern Poland: "That was the beginning of a terrible war," he says. Plane after plane thundered overhead. "They flew very low and dropped bomb after bomb," says the old man, wiping a tear from his face in the process. "The Russians just bombed everything and there was shooting on the ground all the time". There was simply nowhere to hide. "The Red Army behaved so cruelly towards us Poles. That was a terrible experience for me."

Soviet attack as a result of the "Hitler-Stalin Pact" 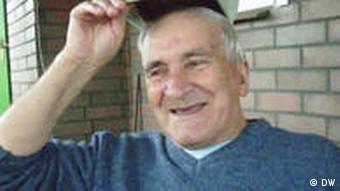 Piotrowski was just 20 years old at the time. He lived in a village not far from Lviv. Today it is in the Ukraine, at that time the area belonged to Poland. 70 years have passed since the Soviet attack, but Piotrowski still has the images of the war in mind as if it had happened yesterday. With his parents and other people from the village, he fled to the forest from the Red Army. They had hoped to find a good hiding place there. "But we saw the Russians there too with weapons and they shot without asking who we were." On the run, Piotrowski ran back to his village with the others. "We got there and two bombs fell very close to us. It's a real miracle that I survived," added the old Pole after a short pause, shaking his head in disbelief.

The attack by the Soviet Union on eastern Poland took place in secret agreement with Germany. The two countries had agreed in the so-called "Hitler-Stalin Pact" of August 23, 1939 to break up Poland and to divide it up among each other. After the Soviet attack, mass deportations and forced resettlements followed. Polish citizens were arrested, tortured and shot, above all officers, soldiers and intellectuals. "700,000 to a million people fell victim to the reprisals of the Russian army," estimates historian and former European parliamentarian Wojciech Roszkowski.

The Soviet occupation lasted a year and a half until Germany attacked the Soviet Union on June 22, 1941. During this time, the Soviet Union deported around half a million to a million Poles to labor camps in the far east of the Soviet Union. Several thousand Polish officers were murdered by units of the Soviet Interior Ministry during the war in Katyn, Kharkov or Mednoye. "It was only because they were Poles, not because of their deeds, but because of their nationality that this was done to them," sums up Roszkowski, who has been researching this section of Polish history for years.

Taboo subject of the Soviet attack 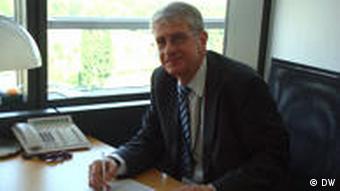 But the atrocities of the Soviet Union in Poland were officially falsified or concealed by the communist regime. The point was not to cast a bad light on Moscow. "For example, the invasion of the Red Army in Poland was justified by the fact that the Soviet Union wanted to protect Ukrainians and Belarusians living on Polish territory from the German aggressor," said Rsozkowski. The real reasons, if at all, were only discussed in family circles and then behind closed doors.

It was only after the collapse of communism that the real story came to light. "So the consciousness of Poland is gradually changing," notes the historian. "Today most Poles know what happened on September 17th, 1939 and this date is equated with September 1st, 1939," he continues.

Disturbed relationship between Poland and Russia 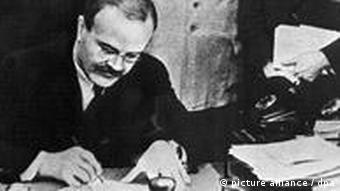 Even today, 73 percent of Poles are convinced that the Soviet Union was partly to blame for the outbreak of World War II, as surveys show. But the Polish aversion to Russia is not directed against the population. "The Poles just don't trust Russia as a state and they have good reasons for it," emphasizes Roszkowski and asks: "How can you trust the state when it tries to falsify or reinterpret the history of the Second World War?" Moscow recently re-accused Poland of being directly complicit in the outbreak of the Second World War and the smashing of its own state. These statements would cause a lot of excitement among the Polish population and currently put a strain on the relationship between the two countries. Roszkowski is critical of the future relationship between the two states. "We want to have the best relations with Russia, but when we hear them falsify history, I see black."

The Soviet occupation and the atrocities associated with it sit deep in the collective memory of the Poles. The communist regime installed by Moscow after the end of the war also left deep scars, precisely because memories of the communist times are still wide-awake in large parts of the Polish population.