Who are homo sapiens 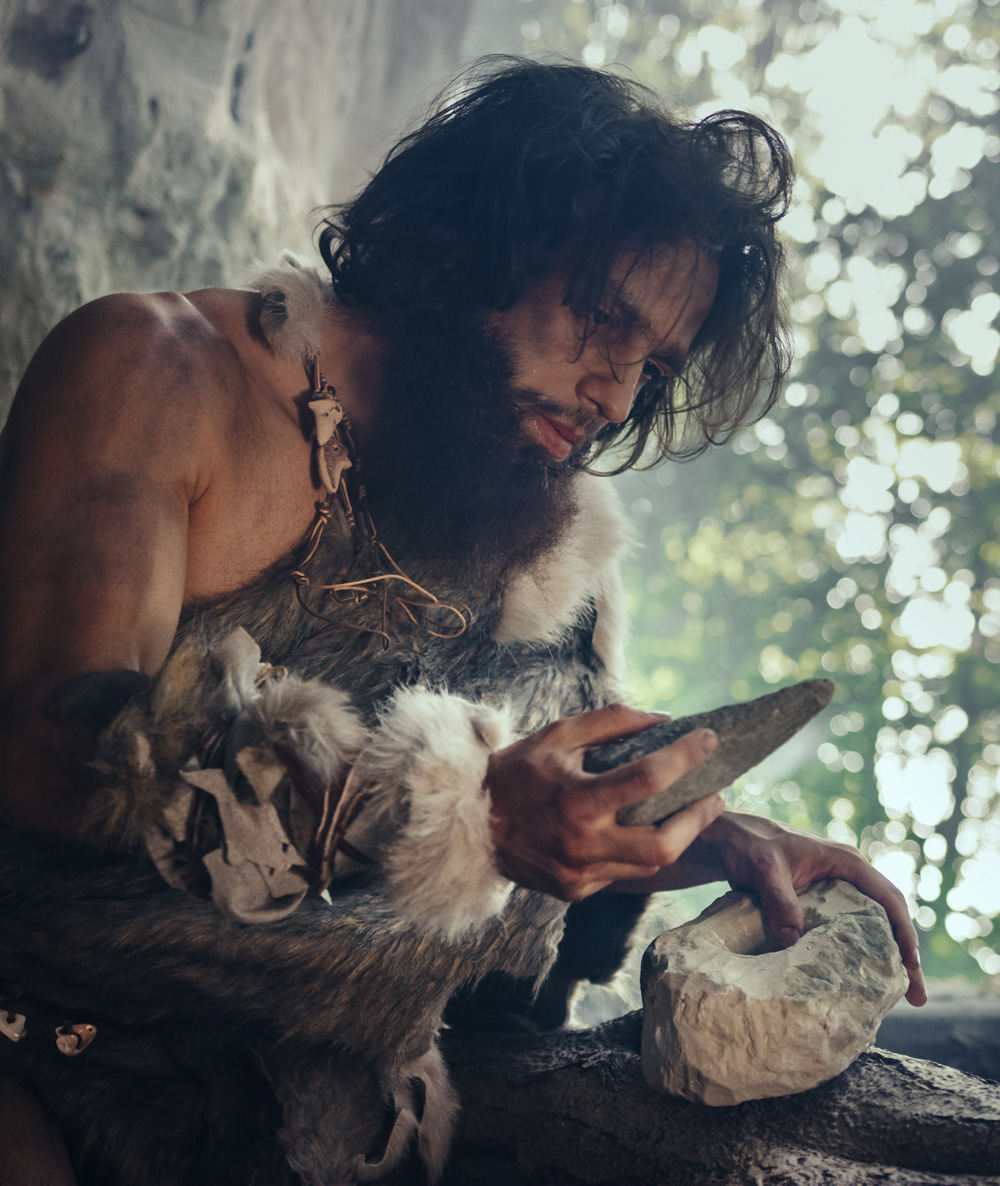 "Homo sapiens lonetalensis" - the "da Vincis of the Ice Age"

The modern human type Homo sapiens first appeared in Central Europe around 40,000 years ago. For a long time, there was much to suggest that modern man originated in Africa and from there spread across the continents. According to this "out-of-Africa" ​​theory, the emigration of Homo sapiens to Europe and Asia began about 100,000 years ago. However, recent studies and findings are increasingly questioning this theory - the history of our species remains exciting ...

The first people in the Lone Valley

The oldest traces of Homo sapiens in the Lone Valley are dated around 35,000 years ago. They, too, indicate that the people living at the time lived mainly from hunting the large animal species of the Ice Age. The mammoth played a special role. Similar to the buffalo for the Indians, the mammoth was an important supplier of raw materials. The most important hunting weapon of the people was fire. Mammoth herds were usually driven at night with the help of torches into abysses or deep traps, where they fell to their death. These scenes are documented from numerous cave drawings from the Ice Age.
In the Lone Valley there are no steep cliffs for this hunting strategy, but numerous traces of hunted mammoths have been found. Different hunting tactics were used here.
Digging deep pit pits in the permafrost soils of the last Ice Age was likely to have been very difficult; rather, mammoths could have been driven into the marshy soils of the Lone Valley from which they could no longer free themselves.
Another, more dangerous hunting strategy was probably used in the Lone Valley. Since the mammoths had no natural predators, it is likely that they had little fear of humans. The hunters were able to approach the animals relatively easily and safely. Using specially made push lances, a courageous hunter could fatally wound the mammoth with a targeted stab in the heart or in the eyes. A 2.4 meter long push lance made of yew wood manufactured in this way was found near Bremen in a 125,000 year old elephant skeleton. This proves that the Neanderthals already used this hunting strategy. Documentaries from the 1930s show that pygmies used this strategy to kill forest elephants in the more recent past. It can be assumed that the mammoth hunters in the Lone Valley also used this weapon. Recent research suggests that domesticated wolves and dogs may also have played a special role in hunting.
This daring hunting method was certainly anything but safe. Often the animals were only injured and fled from the hunters - or attacked. What followed was a long hunt with man either as a hunter or as the hunted. It was probably during these constant hunts that our ancestors lost their fur. Over many generations, a system of sweat glands developed that protected the primeval hunters from overheating.
In addition to the meat of the mammoth, which served as food, the tusks were also used as a framework for building tents. Their fur was used for clothing and for tent roofs. Bones served as weapons and tools, and tendons were used as cords. Weapons were also made from the tusks. And the success of the hunt opened up a new temporal dimension for the people of that time - after a successful hunt, our primeval ancestors could withdraw for a certain time and thus did not have to constantly fight for survival - leisure time was invented.

It was probably that free time that prompted people to be artistically active. The world-famous carvings made of mammoth ivory found in the Lone Valley, more than 30,000 years old, prove that the early people mastered a high level of craftsmanship. The most impressive evidence of these skills is the lion man found in the Hohlenstein. It not only impressively shows the technical skills, but also suggests a complex, spiritual-religious-motivated worldview of early humans.

The discovery of a thigh fragment from the Hohlenstein barn proves that Neanderthals were in the Lone Valley as early as 120,000 years ago.

Modern man entered Europe and the Lone Valley around 40,000 years ago and leaves unique evidence of his culture there.

Did you know that the most spectacular and probably oldest evidence of the earliest human culture has been found in the Lone Valley?

The Archäopark Vogelherd frames the Vogelherd cave and is the only place in our region where the cave location and the presentation of the finds are combined.

Finds from the Lone Valley give an impressive insight into the animal world that lived at the time. Mammoth, woolly rhinoceros, cave lion and giant deer lived in the Lone Valley at that time and were constant companions of early humans.