What were the top articles of 2014

These were the ten most-read rockstars articles in 2014 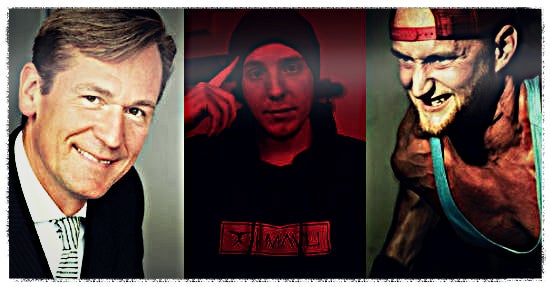 Dear OM makers, what was that crazy and fast year again? In online marketing, it feels like the world is turning even faster than it is already - new trends and hype arise almost every minute. Since April we have wanted to do just that with our daily blog and have been publishing one article every day on the subject of digital marketing. A lot has happened in the nine months, so that the review of our ten most-read stories is not just exciting, but also indicates which topics have particularly moved the industry. Our top 10 of 2014.

Mediakraft: The most exciting bet in online marketing

At the end of July we dealt with the Cologne YouTube network Mediakraft for the first time in an article. At that time, the company was able to collect 16.5 million euros in a second financing round and we wondered whether this risky bet would ever work out for investors. The article went quite well from the start - but it didn't really go through the roof until just before Christmas, when Youtuber Simon Unge announced his departure from Mediakraft in a high-profile video (as it should be for a real Youtuber). He did not leave a good word to his current employer. In addition, he ensured traffic records and server failures with a link to the article that he posted under the video and made the story by far the most successful.

Youtube again, media power again and another argument. This time, however, it was LeFloid who gave free rein to his displeasure in an interview with Vice. He was "unfortunately still" with Mediakraft, he said at the time, but his notice period was already running. In contrast to Simon Unge, who did not mince words in his video two months later, LeFloid's criticism was very factual. That shouldn't comfort Mediakraft, however, after all, Florian Mundt, as the real name of the Youtuber is called, was one of the network's driving forces. After the period of notice has expired, he wants to market himself first and look for an exchange with other Youtubers in the 301+ club. 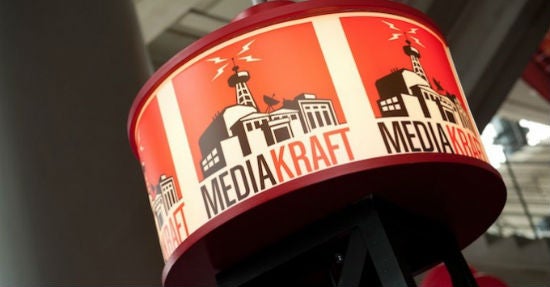 Mediakraft provided a lot of talking point in 2014 - most recently when he said goodbye to Simon Unge.

Yes, third place is again a YouTube topic. And no, we don't just write about Youtube topics. Nevertheless, stories about Google's video platform often seem to develop enormous power - but more on that in another story in the top five. The article about the fitness Youtuber Karl Ess and his numerous business models has still had high daily hits since it was mentioned on MrTrahpack's YouTube news channel. His fans seem to be particularly interested in exactly how much Karl earns. Google searches for his name combined with “money” or “earned” still regularly land visitors on our site.

“I'm ashamed, Mr. Döpfner!” - This is how a Springer employee and Mathias Döpfner argue about ancillary copyright

We actually only publish one article a day. The story of an email communication between Axel Springer boss Mathias Döpfner and an employee who very openly and directly questions how to deal with the highly criticized ancillary copyright law initiated by Springer shows that an exception can sometimes be worthwhile represents. After we had finished the article as quickly as possible on a late Friday evening, it spread via social networks and was picked up by portals such as meedia.de and netzpiloten.de. Still worth reading, also because of the lively discussion under the article.

How we got to feel the power of Youtube through Unge vs. Mediakraft

You may have already guessed it - as announced briefly above, we are back on a YouTube topic. In this article we describe that this is no coincidence and how much we felt the power of the video network as a traffic machine. After Simon Unge had linked our story about Mediakraft (see number 1) in his termination video, we had as many visitors to our site at the same time as on some days overall. Annoying consequence: our server went down every now and then on the weekend. There were also a few small threatening phone calls and hate mail from Unge fans, who probably confused us with Mediakraft. A story worth reading that shows what power (and target group) Youtube can have.

Heftig.co got off to a great start in 2014. We were looking for the founders.

Fierce: We are offering a reward of 1,000 euros

In February the clickbait site started heftig.co. The portal quickly managed to generate several million users per month with optimized headlines. As early as April, stories on heftig.co had more likes than bild.de and Spiegel Online. At the time, however, it was not yet known who was behind the success. We just offer a reward of 1,000 euros ...

Michael Trautmann, co-founder of the advertising agency thjnk, told U2 singer Bono at the advertising festival in Cannes about his idea of ​​using the .hiv domain to support the fight against AIDS. The project was well received, including by network icon Sascha Lobo, who shared our article and demonstrated the power of influencer marketing. Since then, you can also reach us via onlinemarketingrockstars.hiv.

This is how you earn 10,000 euros with stock photos

The Cologne photographer Robert Kneschke published his personal annual balance sheet in a blog post. Accordingly, from July 2012 to June 2013, he made an average of more than 10,000 euros in sales per month only with stock photos. The lion's share of the earnings was earned with the Fotolia portal.

These are the 50 most expensive German Google keywords

It should be known that keywords on Google AdWords are sometimes more expensive and sometimes cheaper, depending on the industry and competition. But the fact that high double-digit euro amounts are sometimes paid for a single click is quite heavy. Andreas Graap provided us with the ranking of the 50 most expensive Google keywords.

These are the eight worst guys in our industry

We can also be funny - at least we tried that - and traced eight stereotypical representatives of the digital industry that can be really annoying. From social media explanations to digital veterans to 110 percent convinced.