What kind of spells are there

The spells of the Egyptians 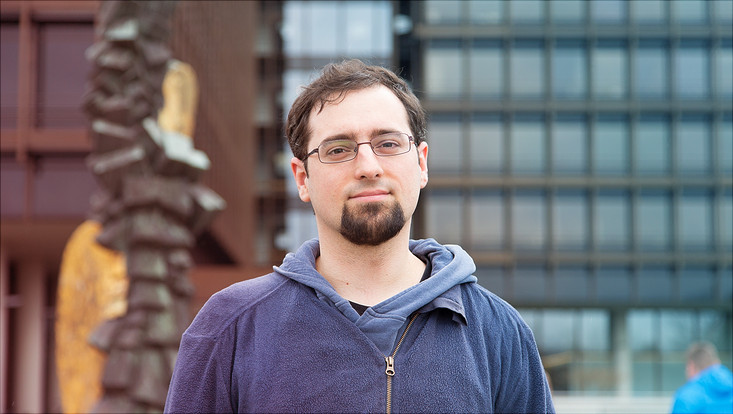 Jealousy, worries about money or uncertainty about the future - how easy it would be to solve your problems with magic. The ancient Egyptians also had this wish hundreds of years ago: Professional magicians performed elaborate magic rituals that are handed down to us today on papyrus. Tobias Nowitzki from the History Department is examining around 320 of these magic papyri for his doctoral thesis.

Why were there spells in ancient Egypt?

The rituals promised a solution for every kind of wish and problem: divination for the future was popular, especially the determination of the day of one's own death. Many spells were directed against enemies to be injured or killed; In return, healing or protective spells were also popular. Male clients often used love spells; But there were also solutions to everyday problems, such as insect infestation in the house or if something had been lost.

Who used the magicians' services?

In general, magic was of great importance in society, although it was officially banned. Of course, nobody adhered to that. There was probably magic for all walks of life, all walks of life, and in all price ranges - it was offered by professional magicians. To a large extent, however, the customers were probably from the upper class, because expensive ingredients were often required for a magic spell: a recipe, for example, requires ten special incense - and the value of one incense corresponds to the daily wage of a day laborer.

Who performed the spells?

Unfortunately, we have few sources on magicians, so we can only draw conclusions from the papyri. Presumably they were men, as women were not allowed into places like temples. In addition, the magicians had to be educated: On the one hand, they had to be able to read the proverbs - at that time reading was not widespread and women were only possible in exceptional cases in antiquity. On the other hand, the customers often came from the upper class and expected a certain level; so the magicians had to be able to offer them a demanding show. We don't know whether the magicians themselves believed in their rituals - but the customers certainly do.

How should the magic work?

It was believed that the magician speaks to gods or spirits of the dead in the ritual and controls them so that they injure the enemy, for example. Exciting: In the papyri, all the different gods are invoked in whom people believed at the time, that is, Greek and Egyptian gods, but also the Jewish god Yahweh. Since the conquest of Egypt by Greece in 323 BC The cultures mixed and developed further. The spells show that the population at that time accepted the coexistence of different gods with equal rights.

How does a magic ritual work?

It says in the papyrus: First the required objects and ingredients are named, then actions follow that have to be carried out during the spell, such as: "Look to the east". Finally, the spell itself follows, i.e. the words that have to be said, written or sung. The spell itself did not last that long, the preparations or the actions that had to be followed after the spell were more complex - for example, that the magician should stay away from women for forty days before the spell.

How are the magic papyri handed down?

The papyri can be small scraps of paper with just a few words, but also 20-page manuals. On average, a magic ritual is about an A4 page long and in Greek, as Greek had become the official language since the conquest of Egypt by Alexander the Great. Most of the papyri date from the 3rd to 4th centuries AD; In my work I examine around 320 magic papyri from the 1st Century BC to the 6th century AD, which together form the corpus "Papyri Graecae Magicae". However, the originals are scattered around the world in museums, and I work with English translations and editions of the original Greek texts.

What do you want to find out with your investigation and how do you go about it?

Based on the ritual descriptions, I want to determine similarities and structures in the ritual concept: What sayings are there? Which gods are named? So first I create a systematic overview of all types of magic spells. I also want to draw conclusions about the socio-cultural identity of the clientele and the professional magicians. What was the mentality of these people like? How important was magic?

In a second part of the work I want to trace the lines of tradition of magic spells: How do the spells relate to other magic cultures? To do this, I compare the Magic Papyri with sources from culturally, chronologically and geographically neighboring cultures - for example the Hebrew “Book of Secrets” from the 7th century AD.

In a third part I will examine how the Egyptian ritual inventory is found in later literary representations, for example in texts by the ancient Roman poet Ovid or in depictions of witches.

Which saying particularly impressed you?

Not specific, but I was surprised by the violence and the brutal details of the spells. For example, a saying should ensure that a woman cannot sleep until she dies from it - an idea that is very reminiscent of torture methods and says a lot about the person's vengeance. In general, I find all rituals impressive, in which you can grasp the humanity and the emotions that are behind them. Proverbs reveal a lot about why people are so desperate - for example, when a customer wants to end a couple's relationship because they would like to be the partner themselves. The magic spells give good insights into the mentality and the individual understanding of religion of the people.

Now let's be honest: Have you tried a line yourself?

No, that would be scientifically dishonest (laughs). But I couldn't do that either. Many ingredients are no longer available today and in some descriptions it is unclear which ingredient is meant. But I can only recommend checking out the spells in the State Library books - they are very exciting!