How do I express myself while dancing

At the end of the 19th century there was a search for new forms of dance expression. The stagnation in the prescribed forms of classical dance was no longer enough for many artists and a turn to or return to natural forms of movement, which should bring body, mind and soul into harmonious connection, developed. One of the best-known early representatives of this art form was Isadora Duncan. Above all, the dancer Clotilde von Derb did pioneering work in Germany from 1910 and made a decisive contribution to the rapidly growing enthusiasm for this new art form. An early "hotspot" of the Expression dance was the artist colony Monte Verità in Switzerland. Rudolf von Laban, who worked there, worked out the theoretical foundations and developed a symbol font that was initially known as "Kinetography" and is still used today as the so-called "Laban Notation". Unlike the American “modern dance”, the Expressive dance did not develop its own dance technique, but developed its own movement system. The common basis is the attempt to express the emotional reaction to the individual world experience through natural body movements. 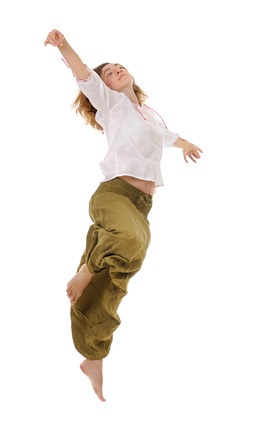 Meanwhile, expressive dance and modern dance are an important part of any good dance education. For many young dancers, solo expressive dance is once again gaining in importance as a medium for self-awareness and individual expression. Many solo dancers, such as Arila Siegert, Reinhild Hoffmann, Ismael Ivo and Susanne Linke, also work as choreographers.
We recommend Trevor Peter's documentary "Dance with Time",
in which the contemporary dance pieces "Time - dance since 1927" and "Zeitsprung" give a good insight into the art of expressive dance.

Expressive dance - a pleasure not only for connoisseurs

If you are interested in the subject of expressive dance and modern dance, a mere description will not help much. It is a very special experience to see in a live performance how the artists bring their very individual world perception outwards through naturally beautiful movements, and communicate them to the audience without words and thus universally understandable.