Can an electron transport heat

Different forms of energy can be transported in different ways. At this point, the energy transport of heat and electricity is discussed. 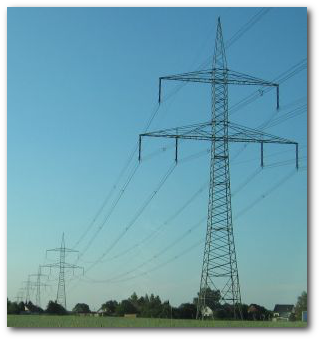 Good electrical conductors are copper and silver. Since silver is very expensive, cables are mostly made of copper. The energy transport (of electricity) from power plants to the end consumer takes place via the electricity network.

Another way of transporting electrical energy is via energy storage. Electric energy storage devices are e.g. batteries and accumulators. As is well known, these are quite easy to transport.

Heat can be physically transported in three different ways. Via convection, thermal radiation and thermal conduction. An example of thermal radiation is solar radiation, which supplies the earth with thermal energy from the sun. Heat conduction occurs, for example, in a hot cup of coffee with a spoon. The heat from the coffee is transported through the spoon to the ambient air with the help of heat conduction. Convection means, for example, the transport of heat from the surface of the radiator to the air in the room.

Good heat conductors are usually electrical conductors. Metals conduct electricity very well, but they also conduct heat. For the energy transport of heat, which is to be used for heating, water or water vapor is often used. In addition to the advantages of easy availability, inexpensive, non-toxic and simple disposal, water has the properties of high thermal conductivity and heat capacity compared to other liquids. These are also the reasons why water is used in local and district heating networks. The warm water is transported via large pipelines and used as hot water and for heating.