How do I live in Rwanda 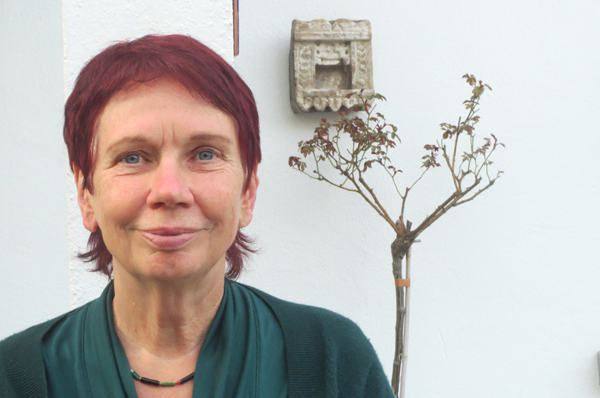 20 years after the genocide: "It's not over yet"

The shadow of the genocide can still be felt in Rwanda. The Rhenish pastor Sylvia Bukowski observed this during her stay as a visiting lecturer. But also that the country is well on the way to healing and reconciliation. An interview.

How do you encounter Rwanda when you travel there 20 years after the genocide? Are there still traces of the events or is it just an exotic holiday destination?
I was overwhelmed by how beautiful this country is, with tea and coffee plantations, rice fields, banana groves and the famous 1000 hills. I did not expect so much beauty. But the shadow of genocide catches up with you very quickly when you talk to people. We were already on the first day with a church worker in the central genocide memorial in the capital Kigali. At first she was very reserved, but then she told us her story: She is the only survivor of her family and her village, where everyone had fled to the church, where they were then murdered. It just happened that she wasn't there and survived.

How can one adequately commemorate such unbelievable massacres in a memorial?
Kigali reminded me very much of the Yad Vashem Holocaust memorial in Jerusalem, especially in the department for the murdered children. But it's also about the long history and you can see the murder weapons: the machetes and clubs, some of which are studded with nails. Then there is a large section that shows the victims' clothes, their passports and photos. Many families have given the only original photos of their children here as a souvenir. This section on the victims is very oppressive because it reminds you: It's not about numbers, but about people with their own story. The children name their hobbies or their favorite food and underneath it says: "Chopped up with a machete" or "Eyes gouged out and tortured to death" - for four or five year olds!

Is the genocide also an issue or do people not want to be reminded of it?
This topic comes up relatively quickly in a conversation, but you don't know beforehand who was on which side. That made me very insecure - it's not just victims that you meet, many were perpetrators themselves or have perpetrators in their families. A lecturer at the PIASS said that quite a few in his family had become murderers and put great pressure on him to take part in the raids and the murders.

Do the people who have to live together again today know about the ethnicity of their respective neighbors or fellow students?
I couldn't tell the difference, but my students usually know exactly who belongs to which ethnic group. And a friend once looked at someone's class photo and immediately said: Tutsi, Tutsi, Hutu, Hutu. However, this ethnic distinction is forbidden by the government; one should only see oneself as Rwandans.
In Butare we saw again and again prisoners in their orange clothes who were working in the fields. Then, when they met us directly, I looked intensely into their faces and thought: Maybe you can see something of this cruelty? But you only see human faces.

Are there still processing programs or is normality the motto?
Business as usual is certainly not in fashion, there are still many offers from the government, but also from the churches. An impressive example is a church community in which perpetrators and victims meet regularly and tell each other their stories, initially just listening. The process of reconciliation is definitely not over yet, such wounds will not heal in 20 years. We see in our own German history how long it takes. But I am amazed at how many people I have met who say they have overcome the hatred and bitterness in their hearts. Often this has to do with their Christian faith, but I find it hard to imagine how someone who has lost their family can forgive. The employee who accompanied us to the memorial goes back to the neighborhood of her destroyed village once a year, she goes to church, brings the children sweets and asks them: “Why don't I live here anymore?” And then they say : "You have no one here anymore." The children know that. And then she asks: “Why am I coming here?” They don't know. And then she says to the children: "Because I want to show you that love is stronger than the hate that has killed me." I found that very impressive. But she also told us openly that it took her many years to do this.

To what extent does the question of guilt and reconciliation play a role in theological training, for example at the college in Butare, where you worked?
I was partly shocked at how split the genocide is from theology. We had a prayer every morning and one of the students kept interpreting Deuteronomy (Deuteronomy). It often includes God's command to exterminate the peoples who dwell in the promised land, but no one has stumbled across it in the sermons. Someone even said that we should obey God, he would be our great general, then we would be as successful as Israel then. Only one student said once after the reading: "That was not the word of God". Then we had a heated discussion that revealed a great deal of perplexity about how we should deal theologically with this mass murder.

Is there not a lot to say about the German experience?
I think it's important to remember and to admit guilt. This is different in Rwanda than in Germany, because nobody there can talk their way out of it, they didn't know anything because the genocide took place in the middle of society. That is an abyss into which one looks. A colleague told the story of a 27-year-old who suffers greatly from guilt for looking for hidden Tutsis as a child, as a seven-year-old. He made a sport out of finding them and couldn't even imagine what he had done with them: They were all killed. It is also important to encourage critical faculties in relation to the state. After all, it is an African virtue not to deny yourself to people in higher positions and do what they say. That was the undoing of genocide. This duty of obedience is also part of our German guilt, so theology can also help to promote a critical potential.

Is it even desirable in Rwanda that someone from outside helps to come to terms with the past, or is it politely tolerated?
It depends. There were many good conversations with students, but also some things that initially confused them, such as being asked to be critical and not to swallow everything. I would always be careful not to give recipes on how to live with the past. But I told about our own past, from the point of view of a descendant of the perpetrators. I think this openness with regard to one's own past and German guilt was important in order to get into conversation with one another.

What perspective do you see? 20 years is not a long time, what could be the next steps towards healing and reconciliation?
I believe that Rwanda is on the right track and that the state and church programs must be continued. But one needs patience and must be prepared for the fact that these wounds will remain for many years to come and will not simply heal. I also believe that there should be more room to tell for both sides. Of course, the victims have to be heard, but the perpetrators also need a space where they can grapple with what drove them back then so that it does not repeat itself. I read in the newspaper that 40 percent of Rwandans believe that genocide could repeat itself - that shows a deep level of uncertainty that is kept under the covers. But you just have to see that it's not over: it's not over yet!

As a theologian and Christian, how do you deal with the question of where God was when all this happened?
Perhaps this question is even stronger with me than with many others I have spoken to in Rwanda who seem to have stronger beliefs. They cling to God and much less often ask the question: “Where have you been in all this murders?” They expect and receive consolation from God. But for me there are many questions that touch on our past and also remind us of the encounter with Jewish survivors - I live with these open questions.

About the person: Sylvia Bukowski is pastor i. R. from Wuppertal. At the invitation of the United Evangelical Mission and the Presbyterian Church of Rwanda, she was a lecturer at the Protestant Institute for Arts and Social Science in Butare for six weeks until mid-March.

EKiR from A-Z
recommend a page
<?