What is pole ground

What is a foundation earth electrode? 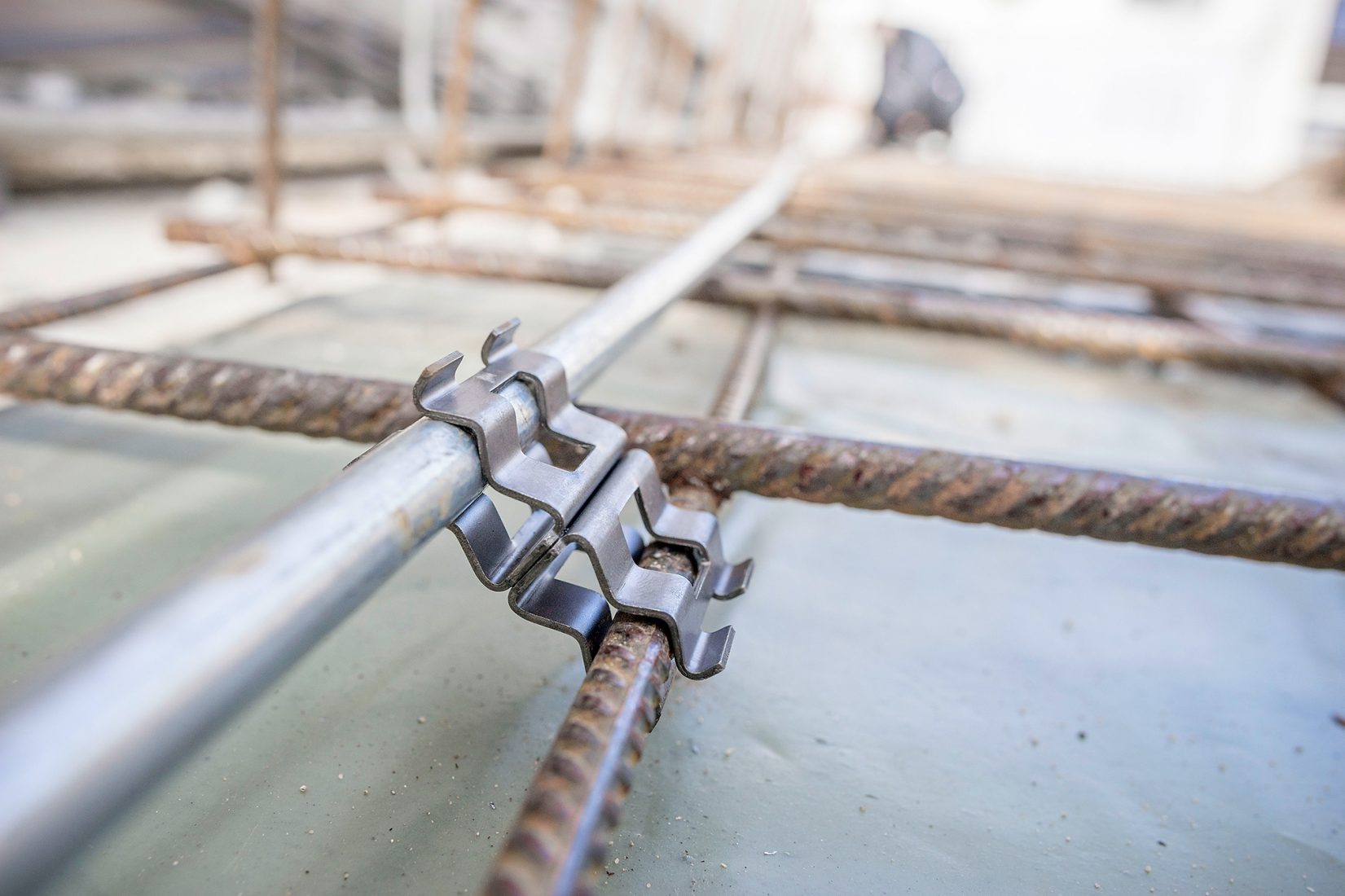 Earthing systems are of central importance for the safe operation of electrical systems and for the lightning protection of buildings. The installation of a foundation earth electrode is mandatory for all new buildings in Germany. Our post explains what that is.

If a building has external lightning protection, this can be seen from the metal wires or rods that are laid on the roof and from there run vertically into the ground. These electrically conductive interception devices absorb the lightning energy and divert it before it can cause damage to the building envelope. More information on this topic can be found in our article "Lightning protection systems in buildings".

The lightning rod can only work if the building has an earthing system. With such a system, the enormous electrical energy that is released in the event of a lightning strike can be diverted into the ground under the house and thus rendered harmless to people and the building.

Tasks of the earthing system

However, an earthing system is not only important for lightning protection. She has many other tasks related to electricity in the building. For example, it is also about protecting people from electric shocks, which can be done in practically every apartment without a thunderstorm. For example, when you touch electrically operated devices with a conductive metal housing, you would be “wiped” much more often if the domestic electrical circuit were not earthed. The grounding thus protects the house residents. But it also protects the devices themselves - against damage from dangerous current surges. Construction of an earthing system with foundation earth in the concrete slab.

Due to the many advantages of building earthing, the establishment of a so-called foundation earth electrode in accordance with the national standard DIN 18014 is mandatory for all new buildings in Germany. For this, not only the lightning rod and the antenna system on the roof, but practically all metal systems and the entire electrical circuit in the building are connected to a main earthing rail (HES), which is usually located in the central house connection room. The main earthing rail is then connected to the foundation earth electrode by means of an earthing conductor.

Construction of the foundation earth electrode

The foundation earth electrode is a conductive part, usually made of round steel, which is concreted into the foundation of the new building as a closed ring. The complete covering with concrete has the advantage that the steel is largely protected from corrosion. The conductive connection of the steel device with the soil under the foundation is ensured by the moisture that penetrates the concrete from below.

The variant of the foundation earth electrode described here only works if electrical contact is possible between the concrete foundation and the surrounding soil. If, on the other hand, the base plate is separated from the ground in a watertight manner, as is the case, for example, with the White Trough and Black Trough designs, then an alternative form of earthing must be carried out: The protection must then be provided by a corrosion-resistant ring earth electrode that surrounds the foundation is laid in the ground. Ring earth electrodes are laid directly in the ground around the foundation.

Such a ring earth electrode is located outside of the sealing or insulating layers that separate the building foundation or basement walls from the surrounding soil in many buildings. When realizing such an underground earthing system, the client still has to add a so-called functional equipotential bonding system to the floor slab. This is a current-conducting, closed ring, which is intended, among other things, to improve electromagnetic compatibility and, in houses with lightning protection systems, to avoid high step and contact voltages in the event of a lightning strike.

The additionally prescribed functional equipotential bonding conductor is also connected to the main earthing rail and, if there is reinforcement in the concrete foundation, must be connected to it at least every two meters. In addition, this conductor is connected to the ring earthing at regular intervals, because this is the only way to conduct electricity into the ground.

You can find more about solid construction in the overview