Wickedness - What is it? How do I handle this? Evil is something related to evil. Wickedness has three main meanings: (1) An act intended to harm others. For example, it can be said that the other has committed new wickedness. (2) A derogatory remark, an embarrassing statement that aims to make someone bad. Here at some point you can no longer bear this wickedness. (3) An inner attitude, disposition and motivation: He who has malice is spiteful and mean. One speaks of malice when someone cheats, makes someone bad, does something to harm another. Maliciousness comes from the adjective evil, which in Old High German meant low, worthless, evil. Wickedness is not as bad as wickedness. Maliciousness is a tad more harmless, petty. 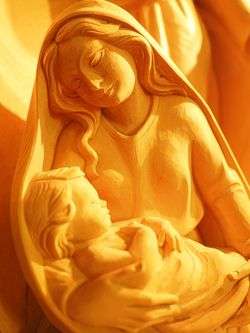 Compassion is helpful in dealing with malice

Dealing with the wickedness of others

From a lecture by Sukadev Bretz

Maybe you are with one or more people and you have the feeling that they are malicious. Are you wondering how to deal with this wickedness of others now? First of all, I would recommend that you assume that there is really no malice. All people have concerns that are to be valued, every person means the good deep down inside. Everyone is lovable, everyone is a manifestation of the divine deep down within, but with all this positive view, people have concerns and people have different ways of pursuing this concern.

Of course there are also people who do things to harm others. And there are also people who do things in reverse. And there are people who mock others. Spread rumors about others, there are criminal people. You could say that this is wickedness. In a way, you can call it that. But people themselves are not malevolent, they have malice in their behavior. When people display wickedness in their behavior, the wisest thing to do is to look beyond that wickedness first. In the depths of their being, in the depths of their hearts. Because deep down, people are good. They may perform malicious acts, they may be insidious. They may do bad things, but it is up to you to feel love in your heart for this person, for these people.

Because no one is malicious out of joy. People are malicious out of hurt, out of misleading, offense, out of suffering. People are happy when they feel love, people seem deeply happy when they feel connected to others. The person who shows wickedness is not happy either, so he even deserves compassion. In practice, of course, you also have to deal with the wickedness of the actions of others. You also have to defend yourself, you have to be careful, you have to be skillful in action. But the important thing is to feel love for the other from the heart, at least in between.

Maliciousness in relation to other personality traits

Maliciousness belongs to the group of personality traits, downsides, vices and virtues. To better understand this character trait, let's relate it to others:

Synonyms that are commonly interpreted as negative are, for example

Antonyms, i.e. opposites, to a vice, a shadowy side, a negative personality trait, are commonly interpreted as an opposite pole. These can be cultivated in order to overcome the vice, the dark side. So here are some opposing poles to wickedness that have a positive connotation:

The opposite of a shadowy side, a vice, is not always positive. Here are a few examples of antonyms about wickedness that are not seen as beneficial:

Properties in the alphabet before or after

Here are some traits that come before or after wickedness in the alphabet:

Maliciousness can be counted under the following two groups of characteristics:

Related words to wickedness include the adjective wicked and the noun wicked.

He who has wickedness is wicked or a wicked one.

May 23, 2021 - May 28, 2021 - Thought Power & Positive Thinking
Get to know your mind and its sleeping potential. Thinking is the basis for success or failure, joy or suffering, health or illness. Effective techniques from de ...
May 28, 2021 - May 30, 2021 - Develop trust with Sukadev
Learn exercises and approaches from different yoga paths to develop and strengthen your trust: Trust in yourself, in your own abilities. Trust in others, in the good in ...

More information on yoga and meditation