Official Facebook user numbers for Germany (as of March 2019)

There are indeed within the quarterly reports regular official Facebook user numbers, however, are in it no separate figures for Germany included. Really official user numbers for Facebook in Germany which are not based on any estimates are therefore quite rare.

There used to be regular figures, and we were even able to report almost monthly. Unfortunately, this is no longer the case. Whenever there are official figures, however, we update this post:

In the last stock exchange report, official figures for Germany, Austria and Switzerland were in the so-called “Market Snapshot”. Here are the details: 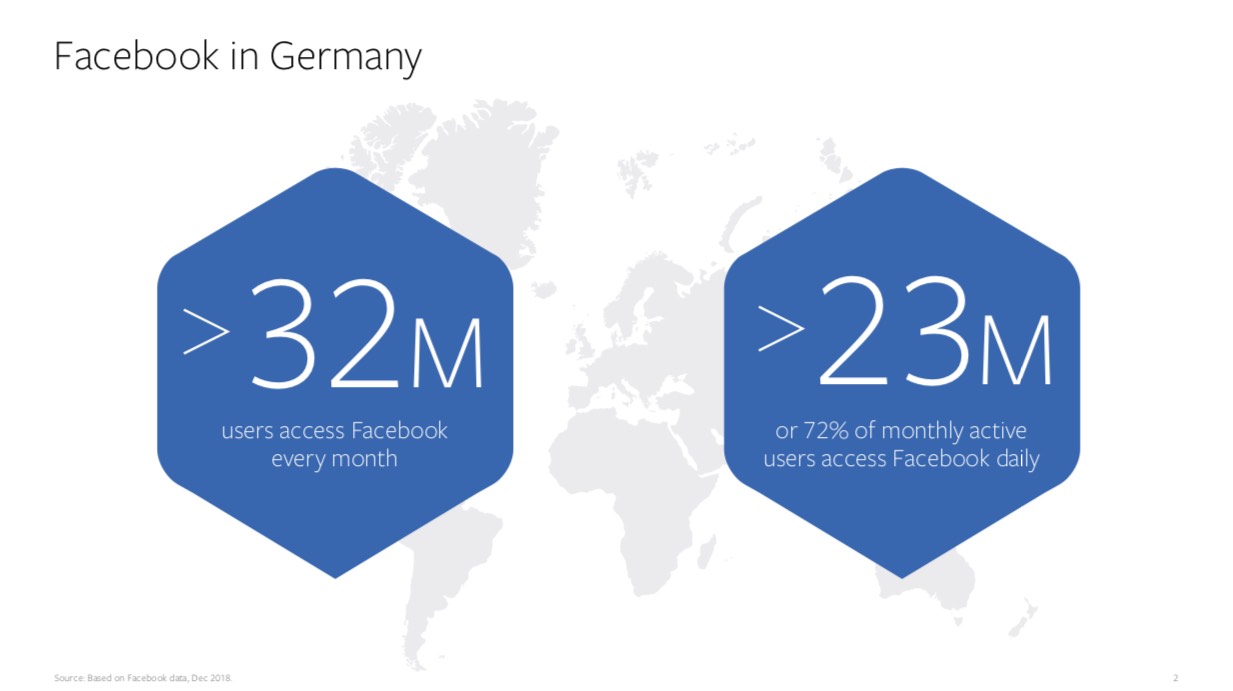 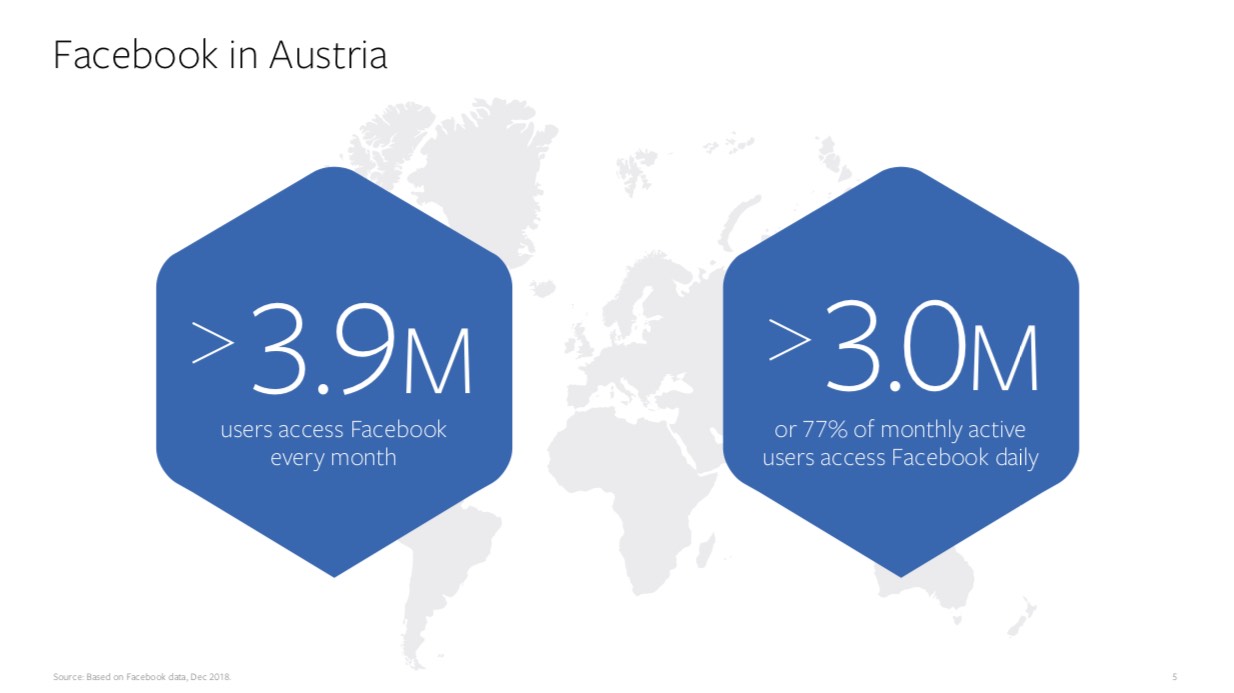 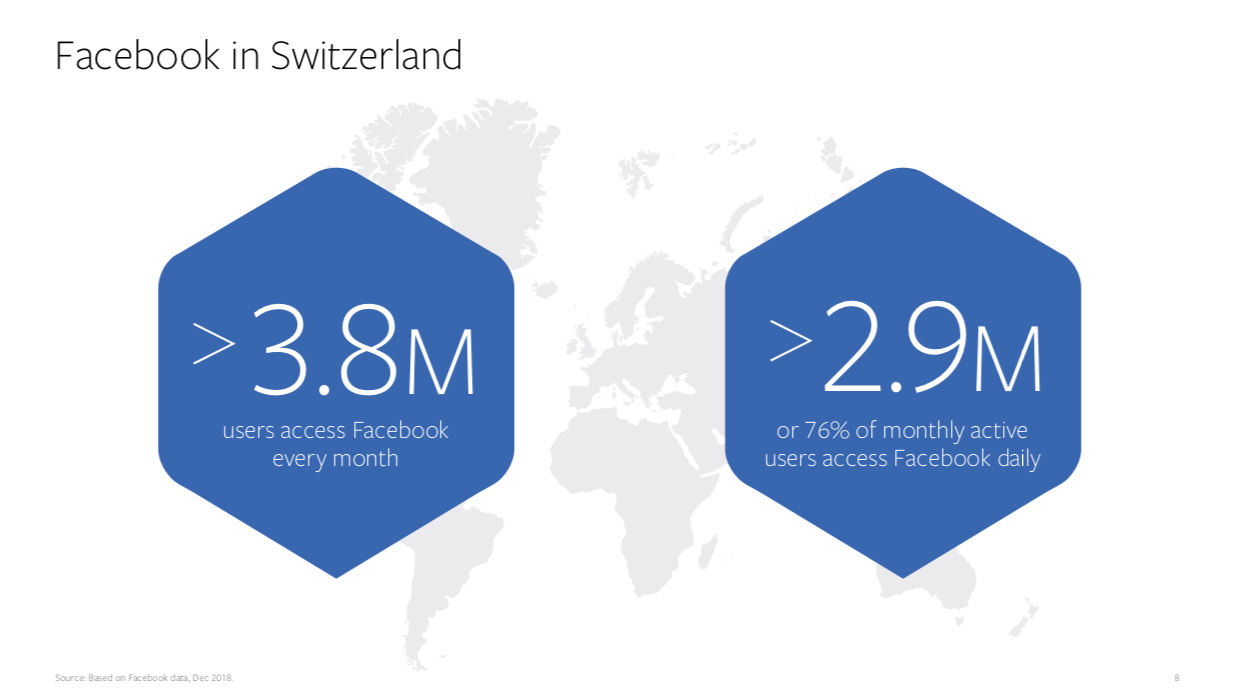 All figures relate to Q4 / 2018 and, as I said, come directly from Facebook itself. We receive figures for Germany at regular intervals. In contrast, user numbers for Austria and Switzerland are rather rare. You can find the document here.

In November, Facebook published a few more figures on users in Germany in the Advertiser Hub:

Facebook has been in German for 10 years. On this occasion, Facebook has again published the latest information on the number of users:

"In Germany today, more than 32 million people are active on Facebook every month, network with others, exchange ideas and pursue common interests or ideas."

Worldwide, two billion people are active on Facebook every month - 31 million of them come from Germany. (...)

In June 2017, Facebook announced the next milestone. For the first time there are more than 30 million active Facebook users in Germany. Facebook says thank you 30 million times:

In detail, usage in Germany currently looks like this:

You can find details and more in the Facebook press release.

When moving into the new office in Berlin in February 2016, Facebook published the following figures: 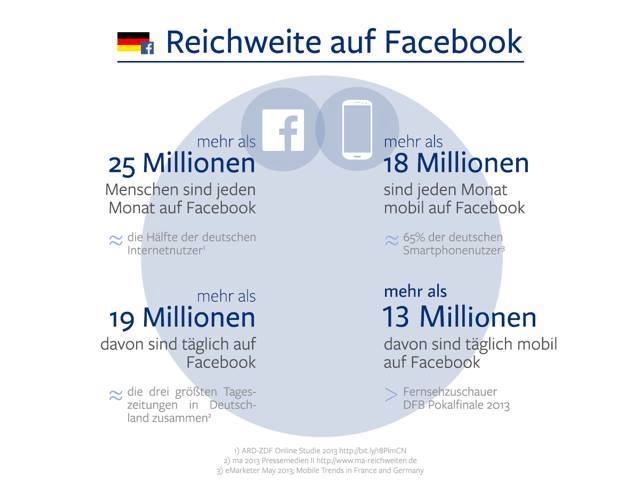 2.5 years before the last update, Facebook gave an overview of Facebook usage in Germany at DMExco. The facts:

“We believe brands and companies should think differently about how people interact with Facebook - especially mobile. Many people focus monthly on active users or even registered users to show their size and reach. We believe this is no longer an up-to-date way of looking at the world of media. Understanding who returns monthly is just one aspect. Instead, companies should focus on the people who return online every day. "

Facebook starts in German. At the start there are 1.2 million users in Germany.

Facebook always communicates "active" users, whether in these messages or in the quarterly report. These differ massively from registered users, because only people who have used Facebook at least once within the last 30 days are considered active. In order to classify this correctly, Facebook also always publishes the daily active users.

In addition, the numbers have little to do with residents and should not be compared with them. The reason for this is simple. Facebook measures the active users here in the country, and for Facebook it is not relevant whether you are registered here or not.

By the way, you should use the numbers from the advertising manager to record the number of users even less. These are only estimates and have nothing to do with official user numbers.