But one after anonther…

There are 2 ways to convert a fraction to a decimal fraction.

You can easily convert a fraction with a power of ten in the denominator:

Way 2: Fraction as a quotient

You can write each fraction as a division problem and then do the math.

You can write any fraction as a quotient of $$ 2 $$ natural numbers.

What if the division doesn't open?

Well, then take a look at this example: 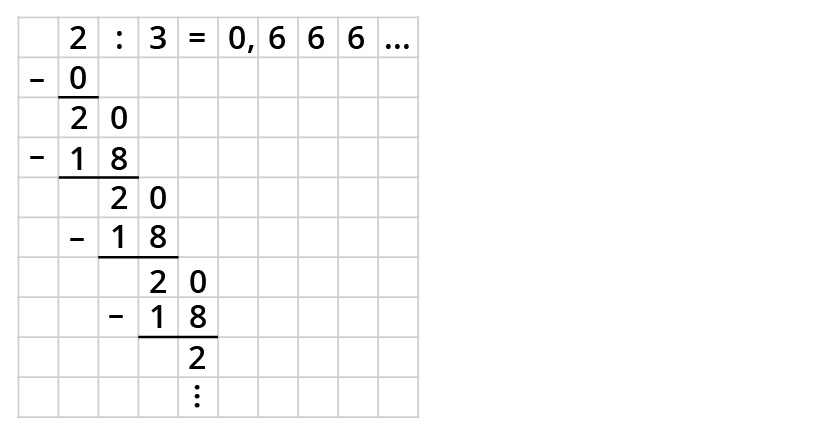 These are periodic decimal fractions. They are called periodically because a sequence of digits (here the 6) is repeated over and over again. The period is the 6th

You mark the period with a line.

Multiple digits in the period 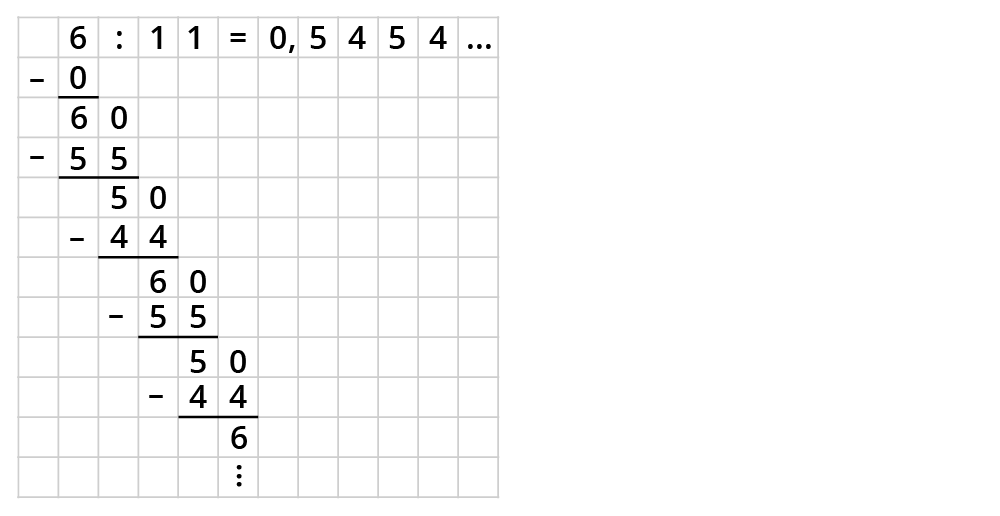 Two digits are repeated here, not just one.

It can also happen that the period does not start immediately after the decimal point, but only later.

The period only comes after the 8.

Put the dash for the period exactly above the 3, not the 8.

How long can such a period be? 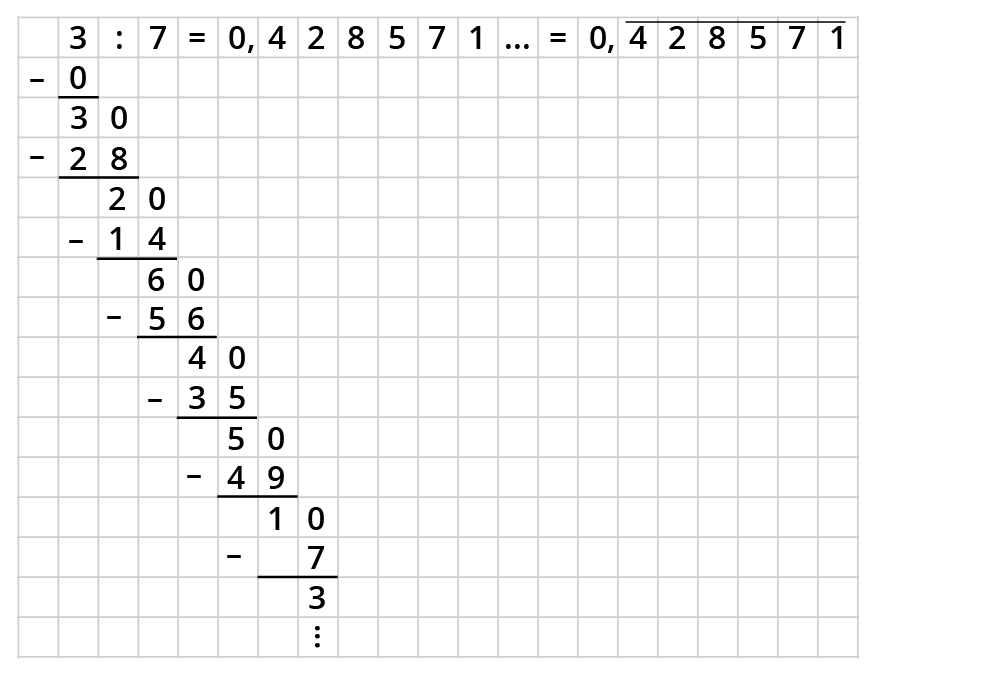 All six possible residues when dividing by $$ 7 $$ have occurred. The period of the floating point number belonging to $$ 3/7 $$ cannot be longer than six digits.

The period can also be shorter than the maximum length.

Not all decimal fractions with an infinite number of decimal places are periodic.

Infinite decimal numbers that are not periodic cannot be written as fractions.

With a fraction there is always a period when the division does not work. This is because there are only as many different residues possible as the denominator indicates. At some point the result numbers have to repeat themselves.

There are three types of point numbers associated with fractions:

Every fraction has a finite or periodic decimal fraction and vice versa.