What happens during an engineering internship

An engineering internship is never a waste of time. Students and graduates know this and even change their place of residence to do so. 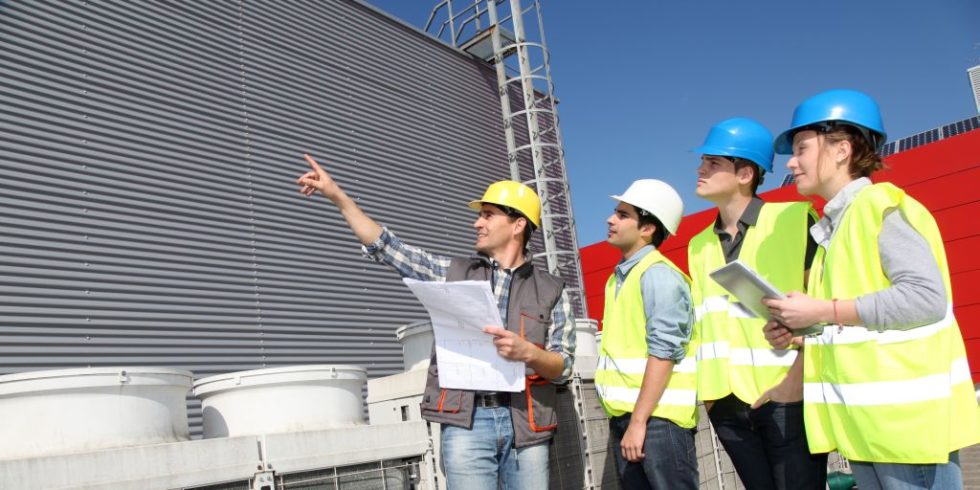 Not all internships are the same. It is by no means a matter of course that beginners are taken by the hand.

The "internship generation" as a poorly paid assistant in the company is a thing of the past. For three years now, students who want to get to know a company from the inside for more than three months have had to receive the minimum wage. The only exceptions are compulsory internships that are stipulated in the curriculum.

The consequences seem to be different from what was feared when the law came into force. Instead of a lack of jobs, studies such as the annual “Internship Review” from Clevis-Consult in Munich describe a lack of suitable applicants. The importance of the internship for both companies and interns is evidently unchanged: “It is important for students to get to know operational practice during their training. And for companies, it is early contact with potential future employees, ”says Jörg Friedrich, Head of Education in the Association of German Machinery and Plant Manufacturers (VDMA).

It is becoming increasingly difficult to gain professional experience while studying

Those who have not already completed practical training before studying engineering have few opportunities nowadays as a student to get to know everyday working life "on the side". Experts like Friedrich are convinced that the tightly timed study plans on the way to the Bachelor's degree leave the student with little room for longer and, above all, voluntary excursions into corporate practice. For personnel consultant Frank Quathamer, who advises students and engineers on career issues for the VDI, there are a few arguments in favor of starting a first internship immediately after school. In view of the short standard study times and the heavily schooled courses, there is hardly any time left to gain orientation during the course.

However, the Clevis study also sees reasons for a lack of interns complained by industry in companies. Not least as a result of the higher pay, the demands on the interns have increased. "Job advertisements with high requirement criteria deter many students from applying," says the current study.

Quathamer has observed a different trend, however. Since the minimum wage has to be paid for voluntary internships with a duration of more than three months, the number of internship positions has decreased significantly, says the managing director of the Capera personnel consultancy in Kassel. The expert warns, however, that wages should not be the decisive criterion for potential interns - the gain in experience is worth much more.

According to the study, payment does not play such an important role for students. Rather, the quality and image of the employer are decisive for the selection of an internship. In the internship index 2018, five technically oriented companies ranked among the top ten. After marketing, human resources, sales and management, engineering ranks fifth among the most popular areas of application.

To be able to “learn a lot for your future profession” is the most important motivation for an internship. Quathamer is convinced that such experiences cannot be gained early enough. The fact that young people prefer to take a break in New Zealand after graduating from high school instead of gaining their first professional experience in an internship is a mistake: “A few months abroad bring wonderful memories, but no insights for life.” Quathamer is aware that life experience Shortly after graduating from high school and also during your studies it is not enough to find an individually suitable internship. That is why he advises young people to “have the courage to try things out”.

Applicants pack their bags for an internship

It could be helpful to speak to people from the potentially relevant professions: “What do you love about the job? What has changed in the last years? Where will the profession go? Why would you choose the profession again? ”And if in the end it was the wrong choice in the internship,“ you should speak openly about it with your superiors and colleagues. At least as an intern, that should be possible everywhere. "

In contrast to a few years ago, there are now a variety of ways to find out about potential internships. Many companies place their internship offers on their own homepage or on job boards. There are also various portals on the topic. For example, in its efforts to attract young talent, the VDMA has set up the “talentmaschine.de” website, which contains both company vacancies and basic information on internships.

The new generation of interns does not seem to mind that the positions may not be close to where they live or study. More than a third of them move specifically for the internship. Every sixth person is even ready to go abroad. Most of the students looking for experience decide voluntarily for an internship anyway: only one in three takes this step because it is part of the compulsory program of their studies.

This article appeared in the magazine Ingenieurkarriere, a special publication by VDI nachrichten. Download that complete magazine free of charge.