How do people think academically

Forum “Moving People”: Rethinking the inside and outside 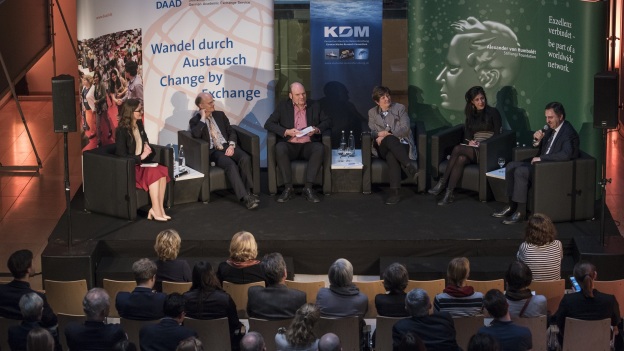 That’s never happened before: The “Moving People” forum in Berlin from April 13th to 15th, 2016 presented the entire spectrum of foreign cultural and educational policy - the DAAD is one of the most important intermediary organizations. He presented himself in forums, discussions and at the “Market of Opportunities” on the final day, on which the new alumni network of the partner school initiative PASCH was presented.

How does our idea of ​​the world shape our dealings with others? A special example is the film “My Buddha is Punk” by director and DAAD alumnus Andreas Hartmann, which was presented at the “Long Night of Ideas” organized by the “People Moving” forum and tells the story of 25-year-old Kyaw Kyaw from Myanmar. He dreams of helping the punk movement to break through in the Southeast Asian country. With his band, the young musician tries to draw attention to human rights violations and at the same time turns our ideas of Myanmar, which many associate with pagodas rather than punk, upside down. 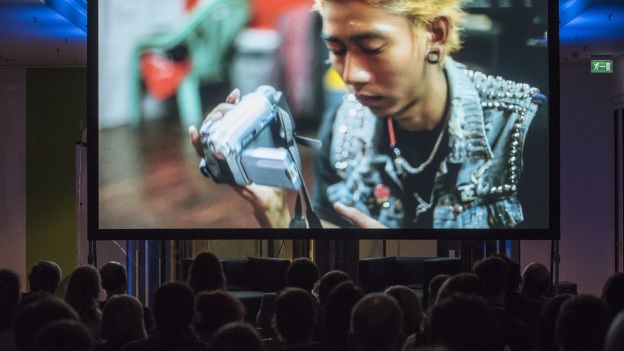 ​Blickwechsel: "My Buddha is Punk" showed Myanmar beyond stereotypes

The film shows how culture and exchange can sharpen perception, how they help to perceive differences, allow new perspectives, but also recognize diversity. Federal Foreign Minister Dr. Frank-Walter Steinmeier said in his closing speech at the three-day forum: “Only differentiation, exchange and joint work in education, culture and science can help against ideologizing”. It is important to seek and recognize common ground and create the conditions for the necessary discourse, even if there is no causality between culture and education on the one hand and peace on the other. The foreign cultural and educational policy, which is funded by the federal government with around 1.6 billion euros per year, makes it possible as a pillar of foreign policy to re-establish the “connections between 'inside and outside', between what happens inside and outside our country to think. ”This is also important in the integration of refugees, where foreign cultural and educational policy can provide important impetus. 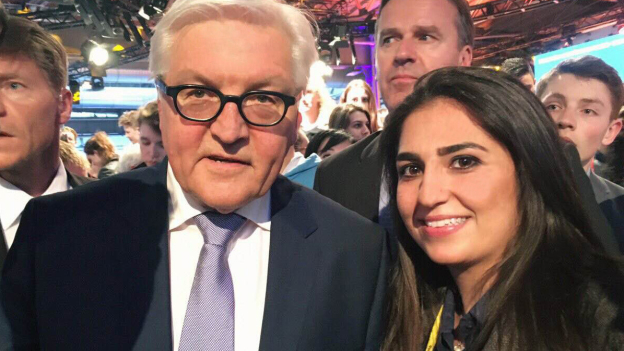 ​One of many encounters in the forum "Moving People": Federal Foreign Minister Frank-Walter Steinmeier and DAAD scholarship holder Alaa Kanaieh

Complex work of the DAAD

Steinmeier used many examples to show how young people overcome ideological rifts, do persuasive work and do not allow themselves to be deterred by difficulties. Alaa Kanaieh from Damascus, who traveled to Berlin for the forum, is studying at the RWTH in Aachen with a DAAD scholarship. She is one of the Syrians who have been given the opportunity to obtain an academic degree in Germany through the DAAD program “Leadership for Syria”, which is financed by the Foreign Office. Her aim, as Steinmeier quoted the student, is "to make the most of the scholarship program in order to work on the future of our country as soon as possible, be it in or outside Syria". Steinmeier also introduced the student Ilya Pondin, whose school in Volgograd is part of the “Partner Schools of the Future” (PASCH) initiative, which is also funded by the DAAD. Ilya won the PASCH.net history competition with a contribution to places of remembrance of the Second World War in Volgograd.

Under the heading “Culture and Foreign Policy Live”, the final day of the “People Moving” forum offered a “Market of Opportunities”, where the actors of foreign cultural and educational policy presented themselves with interactive offers and information stands. The DAAD offered a broad portfolio: Advice on studying abroad or studying and living in Germany was in great demand; The visitors were also interested in questions of researcher mobility and the work in worldwide editorial offices. In addition, a new network was presented at the DAAD stand: PASCH-Alumni.de is the new central website for former Pasch students to stay in contact with school friends, get to know graduates from other PASCH schools and discover current courses and job advertisements. The aim is to integrate the alumni into an international network as early as possible, and not least to pave the way for the young people's careers, but also to continue to support the international student exchange that began during the Berlin Forum. 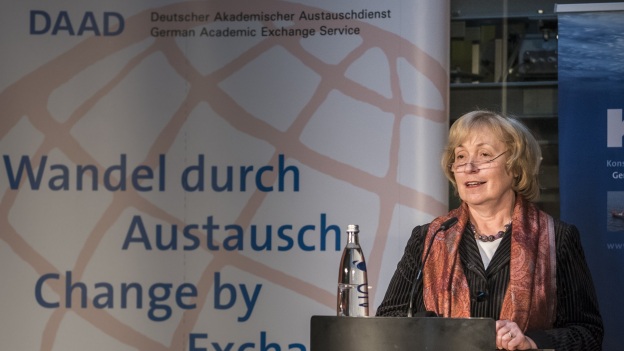 Based on the new evaluation of “inside and outside” demanded by Foreign Minister Steinmeier, the “People Moving” forum presented for the first time the broad spectrum of foreign cultural and educational policy and the close links and overlaps between the various institutions from culture and education shown. This was shown particularly clearly by the mini-laboratories of the “Long Night of Ideas”, with which the Maxim-Gorki-Theater, the German Museum of Technology and the Academy of Arts, for example, presented themselves. Perspectives for foreign science policy were exchanged at the panel discussion between the DAAD, the Alexander von Humboldt Foundation and the German Marine Research Consortium in the ScienceForum on Gendarmenmarkt.

“Science can only function through exchange across national borders,” emphasized Professor Maria Böhmer, Minister of State in the Foreign Office, in her opening speech. The aim, and with that she took into account one of the building blocks of the “DAAD Strategy 2020”, is that 50 percent of German students will spend part of their study time abroad in the future. The Minister of State emphasized the importance of supporting people in crisis countries. Oleksandra Petrova, DAAD scholarship holder from Ukraine, appreciates her political studies at Freie Universität Berlin: "Here in Germany I can pursue interests that I couldn't pursue in my home country and learn to make political decisions on my own". And the ambassador of Georgia, Professor Lado Chanturia, DAAD and Humboldt alumnus, emphasized: "The German funding of scientists has resulted in German cultural institutions around the world".

DAAD Secretary General Dr. Dorothea Rüland made it clear how important the cross-border exchange stimulated by the “People Moving” forum remains. Great expectations are placed on foreign science policy, said Rüland. "At the university level, relationships can be maintained even if relations between states deteriorate," she said. The major international issues could only be solved through joint efforts and networks, she said: “We need smart people from abroad. They are the pearls in the networks ”.