Would Apple ever buy Microsoft 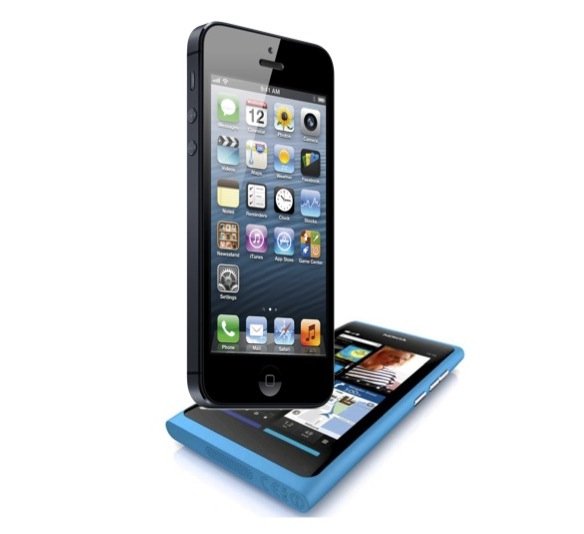 And 6 things we can learn from it.

But the story could have been completely different. Apple could be an insignificant computer company today that, if lucky, will sell a few iPods and its computers to a minority fan base.

Let's put ourselves back in 2007. Like many, I was eagerly waiting for Apple to bring a cell phone onto the market. Speculation and rumors had been going on for years.
At that time, music cell phones were becoming popular. SonyEricsson and Nokia were involved in making MP3 players - and thus also the iPod - superfluous.

1. humility
Apple could now have arrogantly said: The iPod has such cult status, and we also have the popular iTunes ecosystem that customers are already used to - a few music cell phones will never cause us problems. Jim Collins calls this "hubris of success" in his book How the Mighty Fall. Arrogance and false self-confidence that overtakes many companies that are particularly successful. Steve Jobs was probably not humility personified. But he apparently had the wisdom not to be blinded by the success of the iPods.

2. Patience and healthy self-confidence
Apple, on the other hand, could have panicked back then and launched a mediocre product. Not a lot of innovation, just relying on the popularity of the Apple brand. Perhaps that would even have led to short-term success. But would Apple ever become the giant it is today?

Many companies let themselves be guided by this short-term pressure to succeed. But Apple showed patience and composure because they trusted in their core and stayed true to it: quality and innovation.

3. Quality
Since Walter Isaacson's biography of Jobs, we have known that the Apple founder attached great importance to the fact that even the back wall of a cupboard should be well done. He rigorously applied the principle to Apple products. Only a product that was really of the highest quality and was perfect both inside and out made it onto the market.

So the iPhone couldn't just be a measly further development of existing cell phone concepts, decorated with a beautiful apple. To this day, the iPhone is in a quality class of its own, even if the competition keeps getting closer.

4. Innovation
The decisive factor for the success of the iPhone was born from this quality approach: a completely new and innovative concept. Steve Jobs introduced the iPhone in 2007 as follows: “Today we're going to introduce you to three revolutionary innovations. A new iPod. A mobile phone. And a groundbreaking internet device. ”After repeating it several times, he made it clear:“ You see what I mean? I'm not talking about three different products, I'm talking about one! "

This was made possible above all by a central innovation: the touchscreen and its multi-touch capability. Touchscreens weren't something completely new at this point, but no cell phone manufacturer had used them on their devices. Apple had also experimented with other input methods for a long time. We know from Isaacson's biography that Apple tried for a long time to use the famous iPod click wheel for the iPhone.

5. The right priorities
But then Jobs made what was probably the most important strategic decision of all. Apple had been developing a tablet computer for some time - with a touchscreen. Jobs realized that this touchscreen was the key solution to making the iPhone more than just another phone with music functionality.
So Apple decided to stop working on the tablet and concentrate fully on the iPhone with a touchscreen.

What would have happened if Apple had continued to work on the tablet and brought out an iPhone with a click wheel or a normal keyboard? After all, Apple was a computer company. The focus should have been on a tablet, right?

I believe that with that the world would look completely different today. Nokia would have overwhelmed Apple with cell phones capable of music and Apple's tablet would only interest a small minority.
Because it was the iPhone that prepared the success for the iPad. After millions of people knew how to use an iPhone, the jump to the iPad was just the most natural in the world.

But with the introduction of the first real smartphone, Apple caught Nokia & Co on the wrong foot, although Apple had taken far longer than many had expected. The competition had probably expected an "iPod with telephone function". It took years for most of them to connect to Apple. Apparently too long for Nokia.

Some do not understand why Apple is taking the risk of threatening their own MacBooks with the iPad. But especially with the iPhone it becomes clear that it is better to suppress your own products than to wait for the competition to do so.

Today iPods only make up around 2 percent of Apple's revenue. The iPhone, on the other hand, makes up 53 percent and the iPad 20 percent.

So we see: If Apple hadn't brought the right innovation at the right time and had the courage to pull it off with quality - Nokia might buy Apple today instead of being bought by Microsoft.

P.S .: I am curious whether Apple will show the same courage again today or in the near future with the infamous iWatch or other products and make the iPhone obsolete in the long term.