Gabriele Palm-Funke can remember exactly the moment when she began to research. That was twelve years ago. She and her little son travel to Poland with their mother in their birthplace. In the evening they sit together, talk about the past, about the deceased grandpa. And then suddenly the mother says: "I will not forget the many people with the yellow stars."

Palm-Spark winced inwardly at that time. That evening she learns that her grandpa was a security guard in a camp with Jewish prisoners. She only found out later that it was the Trzebinia concentration camp. Her mother visited him there when she was six and saw the many people who had a star on their clothing that marked them as Jewish. 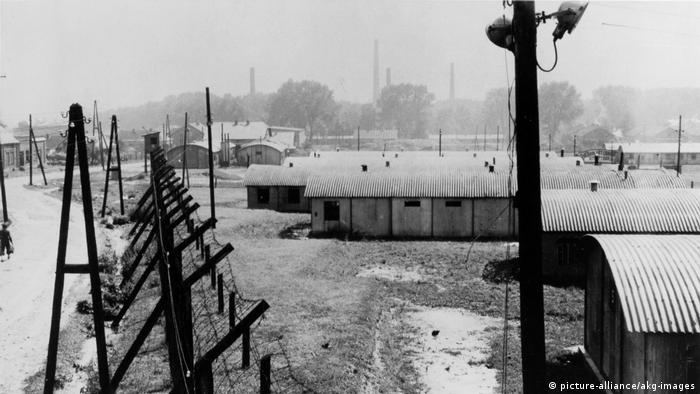 Back in Germany, the theologian Palm-Funke starts typing her grandfather's name into search engines. She sends an inquiry to the Federal Archives, and finally comes across a book by a Holocaust survivor in a library who describes her grandfather, Sergeant Luboeinski, as an animal. "At first I felt really bad," says Palm-Funke. Anger and shame overcome them. And the pressing question: why has no one in the family never discussed it? Why was the grandfather never punished even though he shot a 17-year-old in the camp?

Only a fraction of the Nazi perpetrators were punished

An estimated 200,000 to 250,000 German, Austrian and "ethnic German" men and women became perpetrators during the Nazi era. Only a small part of them were convicted in German courts.

Germany has now come to terms with its dark chapter of National Socialism, the period between 1933 and 1945. The German "culture of remembrance" is praised internationally. There are monuments, memorials, and the horrors of the Nazi era take up a lot of space in school lessons. And yet: In many families there is still silence about what the grandfather or great-grandma has committed - even 80 years after the start of the war.

"It has a lot to do with loyalty within the family" 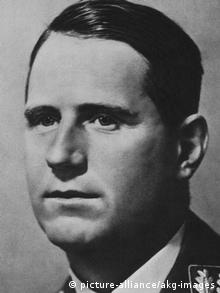 Lena Ditte Nissen, now 32, has known since she was 14 that members of her family became perpetrators back then. In her Cologne apartment, she clicks through images in black and white. Pictures of her great-grandmother Nanna Conti, the highest midwife in the German Reich, responsible for killing newborns with disabilities. And pictures of her great uncle Leo Conti, who was involved in human experiments as Reich Health Leader.

In the fall, Nissen will process her grandmother's memoirs as an art project. Notes that show that she must have been a loving mother - and at the same time a staunch National Socialist.

Nissen began to deal more and more with her family history when the right-wing populists moved into the state parliaments in Germany, and in 2017 also into the Bundestag. Right now she thinks it is important to talk about the perpetrators in her family, even if she "feels very strong internal resistance," says Nissen. "I think it has a lot to do with loyalty within the family. That you don't want to be the polluter."

For several months now, Nissen has been part of a group of people whose family members were followers, perpetrators or victims during the Nazi era. The family of Peter Pogany-Wnendt, the leader of the group, belongs to the latter: his parents survived the Holocaust, his grandparents, Hungarian Jews, were probably shot by Nazis in Hungary. In his practice in Cologne, the psychotherapist shows a picture of them framed in wood, "the bearer of the sadness, the pain of the family," says Pogany-Wnendt. 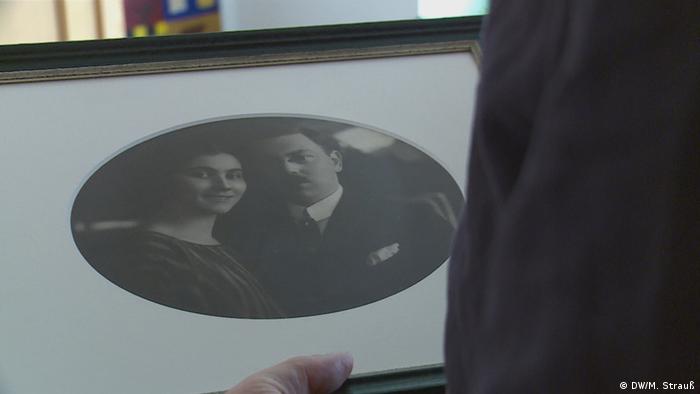 Peter Pogany-Wnendt's grandparents were probably killed by Nazis in Hungary

The silence about what happened decades ago, about this dark spot in history, has preoccupied the psychotherapist for a long time. Many who were at war, involved in the Holocaust, would never have spoken about it. "They unconsciously passed this unprocessed guilt and feelings of shame on to the next generation." The fact that right-wing slogans and anti-Semitism are becoming socially acceptable again in Germany could also be a consequence of these suppressed feelings of guilt, says Pogany-Wnendt.

Like Lena Ditte Nissen and Gabriele Palm-Funke, Guy Hofmann also looked for traces of Nazi perpetrators in his family. Only a few years ago he came across a Wikipedia article about his great-uncle, who was director of an important office in Munich during the Nazi dictatorship. And who shot a resistance fighter shortly before the end of World War II. Hofmann grew up near the crime scene and often walked past it as a child and adolescent. For decades there was silence in his family about the fact that a family member had become a criminal there. 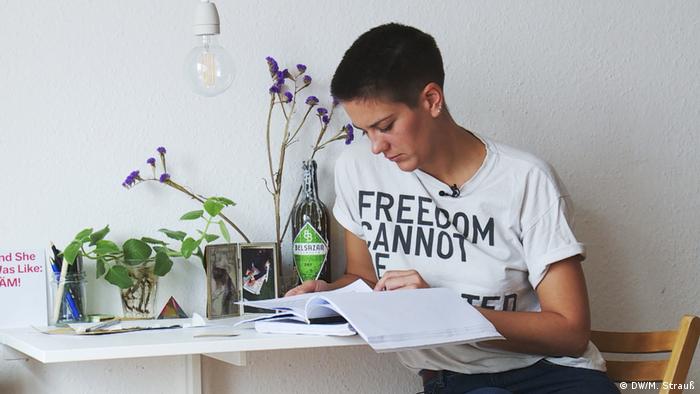 Hofmann has the feeling that he is only at the beginning of his research. "The more information I gather, the easier it is for me," he says. Nevertheless: Without wanting to take himself into kin, this past is already stressful for him. Often he is also gnawed by the unclear suspicion that his family's prosperity could be due to "Aryanization", that is, the expropriation of Jewish property.

In the meantime Hofmann has met the granddaughter of the man his great-uncle shot. He recently started digging through his grandfather's past. It is important for him to shed light on the black hole in his family history - and to look into every corner.