Is a red velvet cake vegan 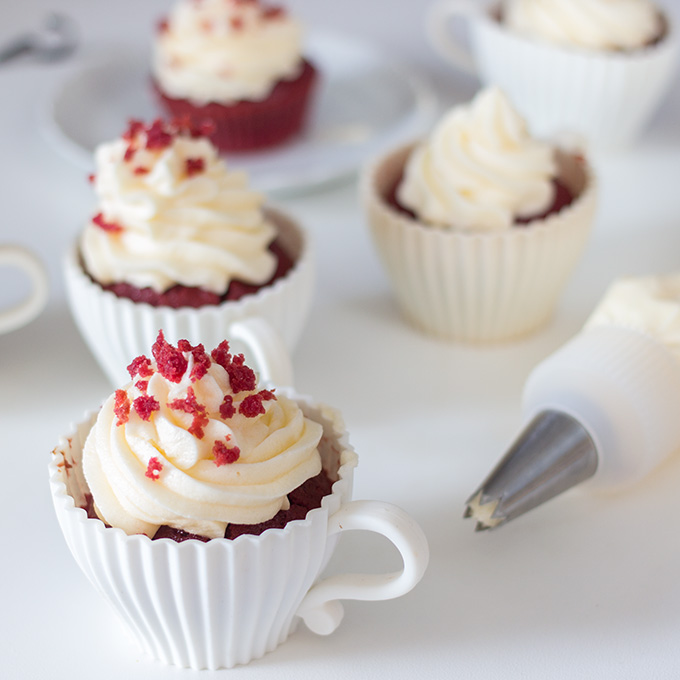 Red Velvet Cake, translated “red velvet cake”, is a very popular cake in the USA. Nowadays it mostly consists of cocoa, buttermilk, baking soda as a leavening agent and a terrifying amount of red food coloring.

In the past, before baking with baking powder, vinegar was often added to the dough as an acidic component in addition to buttermilk, which together with baking soda foamed up and gave the cake the fluffy, velvety Consistency that probably gave the cake its name. The cake got its red color because cocoa contains so-called anthocyanins - a plant pigment that is found almost everywhere, which not only provides red to blue color in berries, but also in red cabbage or beetroot. In chemistry class you learn that red cabbage leaves can also be used as so-called indicators for the pH value. Now guess why that is;). Exactly, on the anthocyanins in it! In an acidic environment the red cabbage leaf turns red, in a more basic environment it turns blue. Yes, and together with the acid contained in buttermilk and vinegar, the cocoa powder also reacted and colored the cake red. It is also believed that the Red Velvet Cakes were not as bright red back then as their artificially colored counterparts are today. That it was just a reddish tone that was enough for the naming. Be that as it may, today red-brown coloring with cocoa no longer works anyway. The cocoa powders sold today usually contain alkalizing substances that neutralize the acid again so that the cocoa powder retains its color. You can read more about this here, for example :). 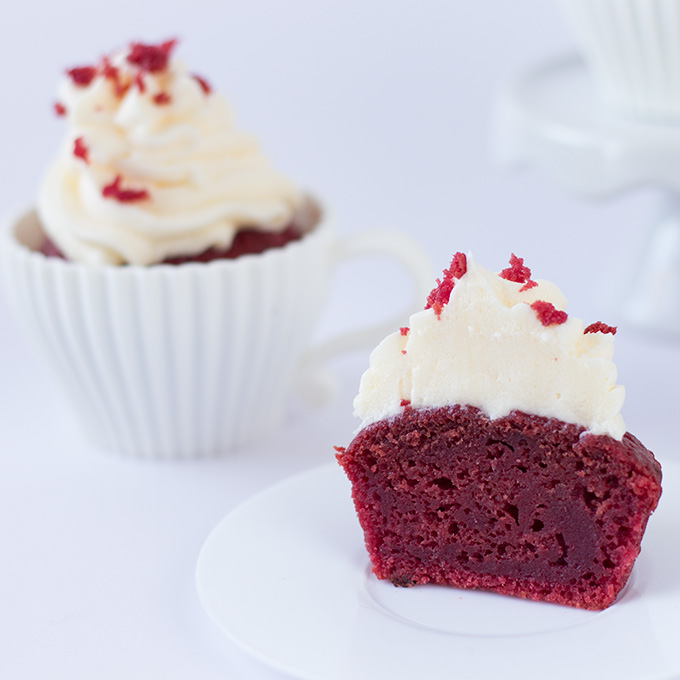 Yes, I already knew that the color now depended on the pH value. Nevertheless, Red Velvelt cakes and cupcakes have often given me headaches. Whatever I did, they always turned more brown than red, and I couldn't explain that because I was following the recipe. Somehow my dough neutralized itself again and again! Was it because of the local ingredients? I didn't know and it annoyed me. For the last few days I wanted to try again at Red Velvet to finally use up the small bottle of red food coloring that I had bought especially for Red Velvet Cake. This very liquid red food coloring in glass bottles is also used for Red Velvet in the USA.

I searched the net for a vegan recipe that seemed to work and got started. Hopefully that should work this time! Well, as you can see, my Gugelhupf has turned brown, with a slight red sheen, but also a slightly greenish tinge, as happens with blueberry muffins if you are not careful. 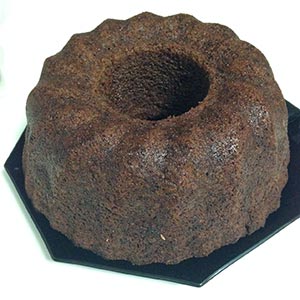 That just didn't let me go! On the same day - or rather on the night of the same day - I started another experiment with beetroot instead of artificial food coloring. The result was the very fluffy and delicious cupcakes on the left in the picture - in a charming brown with a green tinge! Grrrrr !! Try number 3 - in gluten-free (cupcakes on the right) - I baked with the paste color I was entrusted with, namely Not is pH sensitive! Pah, that should work now! Hmmm ... Closer, but rather a dirty pink with a clear cocoa influence T__T ... Probably too little color ... But delicious, I have to say. Anyway, hmpf ... 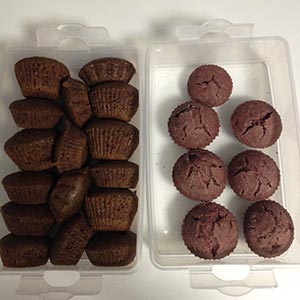 Experiment number 4 - by now it must be 3 or 4 a.m. - now again with paste color and in #lowfat. If I'm already experimenting, I can gain some experience with low-fat baking right away, I thought to myself;). The dough was sooo pretty red, and yet the cake came out of the oven brown again - I couldn't understand the world anymore. My paste color was not pH-dependent after all! So I read it again and was very angry. Because apparently that was too much color, the cake will turn brown even with the right pH value. At that point I just wanted to go to bed and first toss the cake in a high arc from our balcony on the 4th floor. You think you learn from your mistakes 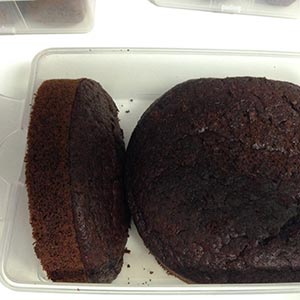 Yes, and now I present you attempt number 5, baked the next day. I decided to put together my own recipe and listen to my intuition rather than bake the other recipes. After all, these were all American recipes, and apparently the pH value is very sensitive and also depends largely on the ingredients, and maybe the cocoa powder I bought in Germany simply contains too much of the alkalizing substance.

I chose the form with no food coloring. Fortunately, I had bought three large beetroots beforehand, so it shouldn't fail: D. Instead of baking soda, I used baking powder. Baking powder is a finely balanced mixture of baking soda and an acidifier that is completely neutralized. If you bake with baking soda, it neutralizes the acid otherwise contained in the dough, which baking powder does not. I also reduced the amount of cocoa added, who knows how much my cocoa actually neutralizes the acid required for the color. And to be on the safe side, in addition to the vinegar (yes, traditionally in the USA at least a lot of baking was done with vinegar and baking soda, this is not uncommon in many American recipes to this day) there was also lemon juice, because too a lot of vinegar just doesn't taste that good and lemon juice is actually quite delicious in cakes. Since the cupcakes are of course vegan, the buttermilk is also omitted as an acid component, which the lemon juice should also compensate for. 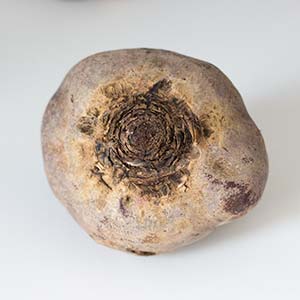 Incidentally, I used fresh, unsealed organic beetroot from Germany for it. Of course, you can also use the beetroot that has already been peeled and cooked, which saves you the trouble of cooking. But it is more environmentally friendly if you buy the fresh one, because it is not yet shrink-wrapped in plastic: P. You shouldn't use the pickled beetroot in the glass. It certainly has a very high acid content, but it will certainly make the cupcakes taste a lot like vinegar later.