What is the result of honesty

First confession: I once took a job that I actually didn't like at all. It sounded exciting, the team was pleasant, but already during the test work I noticed: This is not really my thing. Nevertheless I accepted. The conditions sounded so good that I simply swallowed my doubts. The result, of course: frustration. It was increasingly costing me more energy to motivate myself, and the occasional little annoyance that I would otherwise have easily dealt with soon drained my otherwise great enthusiasm. In the end, my boss and I got annoyed with each other and I decided to quit.

A good decision, albeit too late. In retrospect, it is clear to me that if I had expressed my doubts at work earlier, we in the team would have either been able to adapt the area of ​​responsibility better to my wishes and skills - or I would not have started the job in the first place. In both cases, everyone involved would probably have been spared stress and conflicts.

Granted, a beginner's mistake, but an instructive one. I learned from this that it is often more productive to express one's interests clearly than to suppress them out of politeness. Still, most people do it habitually. How often do we think that we are actually unable to communicate this or that wish to others? Is it possible that behind many conflicts at work lies unspoken anger, anger, and disappointment? And how can we deal with it? Should we always tell everyone what we think? Can it work?

Falsehood as a source of conflict

At least that is what the American coach and psychotherapist Brad Blanton claims. Made famous through his book Radical honesty, he essentially postulates a central, perhaps really radical message: For him, the lack of honesty is the main cause of most personal conflicts, and indeed of most psychological problems as a whole. The theory in a nutshell: Lying makes you unhappy, both those who are lying and those who have been lied to.

He gives two reasons for this: On the one hand, untruth creates distance. Regardless of whether we put the unpleasant aside out of being nice, avoid conflict topics and taboos or lie to one another hand-to-hand - after that we have to stick to our parallel version of reality and adapt our further statements to it. 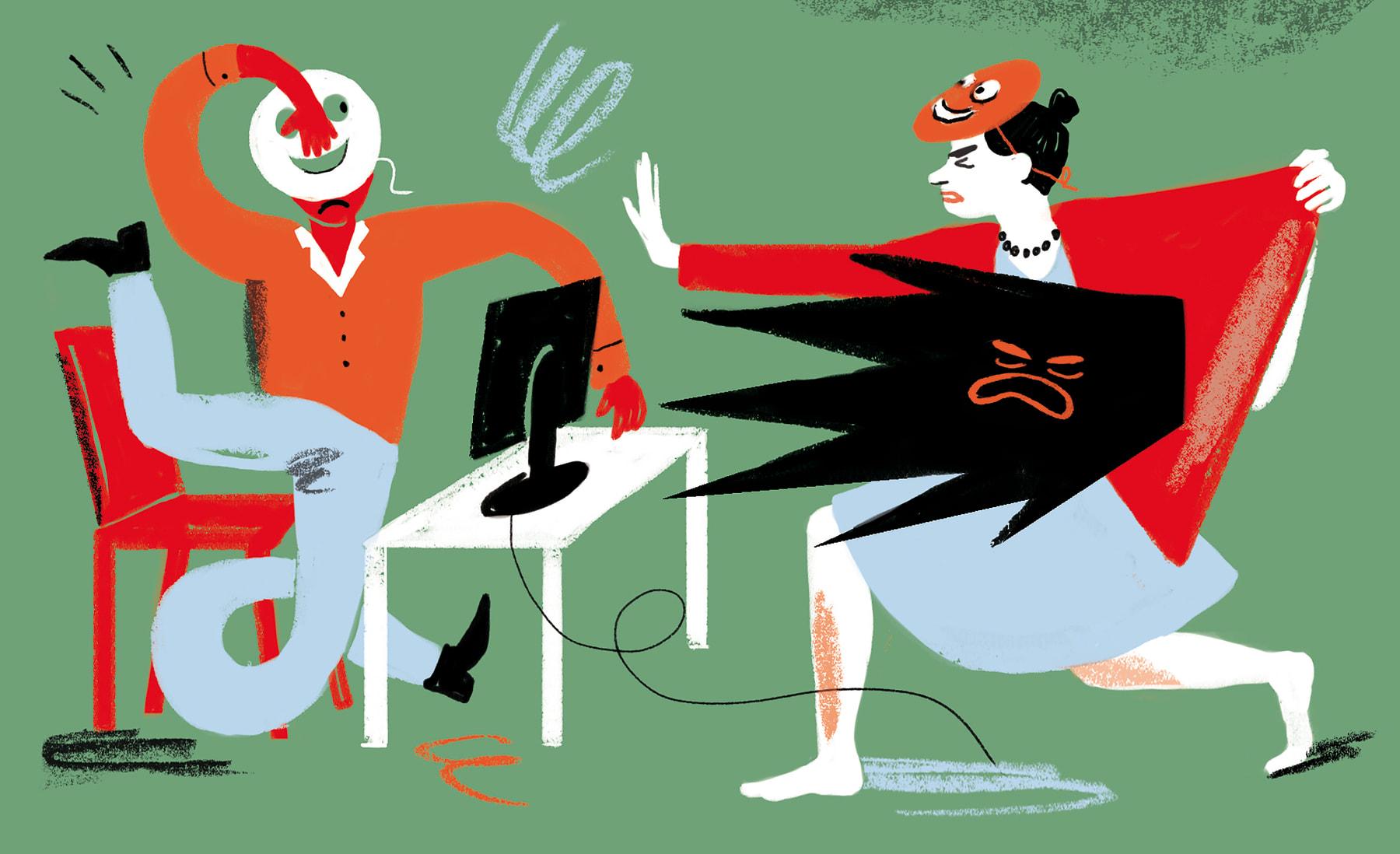 That is exhausting: it wastes the opportunity to express oneself in an unbiased and authentic manner. In addition, of course, the lied to often realizes that something is wrong. At some point there is so much unsaid, unprocessed in the room that the relationship becomes distant and impersonal. On the other hand, unexpressed frustration continues to work in the psyche and causes stress. Haven't we all been angry at one point and after an argument have we carried around for hours a monologue full of pointed taunts that we would have liked to have told the other person? That is a burden - and many conflicts escalate because thousands of unsolved annoyances accumulate and at some point discharge through dramatic eruptions.

If falsehood is the problem, the solution is obvious to Blanton: telling the truth about what we think and feel. And uncompromisingly: Always tell everyone everything, verbalize frustration, share judgments, overcome the fear of hurting others. Many conflicts would be over after half an hour if all the cards were on the table. Silently smoldering disputes, on the other hand, can poison the atmosphere in the long term. So giving someone else's opinion, or being given it, can be liberating.

To this end, Blanton also offers seminars in North America in which the participants should be blunt with one another, and he has gathered numerous students around him who are doing the same in Europe. One of them is Tuulia Syvänen, who not only tried out the concept in her private life, but also professionally. From her previous job in the non-profit sector, she says: “I was often the only one who contradicted my boss. Of course, I was concerned that this would damage my ability to carry out projects. But I kept going and was pleasantly surprised that my efforts had the opposite effect: My boss said that I was the only one he trusts completely, that I don't want to please him and that we don't want to sweep any difficulties under the carpet. “What can we do draw from it? Most of the time we are afraid to criticize others honestly - but in fact most people reward openness with trust.

This is nothing new in and of itself. The ancient philosophers already knew that lies undermine trust. Augustine argued 1,600 years ago that lying undermines the purpose of language: after all, language is supposed to convey information, and that is only possible if the speech can be believed. Lies are therefore even contradictory: in order to function, they need precisely that trust in the speech act, which they also undermine. If everyone were to lie all the time, one would no longer believe a sentence - and neither truth nor lie would have any meaning.

We don't just write about new work, we live it ourselves.

Our company has no CEO, our editorial team has no editor-in-chief. We work in a self-organized manner; all power lies with us in roles and processes. This ensures that big egos don't get too much room. Because with us people are not there for politics and power struggles, but for hearts and creativity

For us, responsible management means keeping an eye on future generations and having a positive impact on the world as a company. We print at the only GOLD-certified Cradle-to-Cradle printing company in the EU. This means: 100 percent of the materials used in printing can be fed back into the biological cycle.

With our founding in responsible ownership, we have anchored that our company will always belong to the people who are currently working in it. This independence also applies to our editorial team: We write about a topic because we believe that it has added value for our users. Not because someone pays us for it.

However, telling the truth is primarily a moral concern of classical philosophy. Kant makes this very clear: Seldom at a loss for strict principles, he wrote in his essay in 1797 To lie about a supposed right out of philanthropy that even an ax killer had to be told the whereabouts of a friend. Lies damage “humanity in general” - therefore the truth is just a “moral principle”.

However, Blanton's approach is far from that. Blanton openly admits lying to tax authorities and poker, and recommends speaking the uncompromising truth only in human relationships - out of sheer self-interest. Not because it is morally imperative to tell the truth, but because it is psychologically stressful to disguise yourself again and again. Permanently swallowing your own desires, frustrations, emotions, behaving differently at work than you are: that simply cannot be healthy. A little more truthfulness lies in our pure self-interest, says Blanton.

Am I someone else when I work?

The coach and seminar leader Jakob Eichhorn, another student of Blanton, explains in an interview that we often stage ourselves even more at work than in private life. We try to be completely different from what we usually are, even though we actually remain exactly the same people. “Selling a picture of yourself every day creates stress. We have to be two people at the same time and then underpin the outer show with smiles and casual sayings. Inside there is fear of failure, suppressed anger, loneliness. "

As a result, relationships at work suffer and it becomes difficult to communicate directly with one another. The solution remains the same: address irritations from others and regularly seek feedback for yourself. “If you are busy with your mental cinema, your work will most likely suffer as a result. you give your inner experience the chance to change when you speak it out loud. In doing so, you come into contact with reality again and get out of your carousel of thoughts, ”says Jakob Eichhorn. 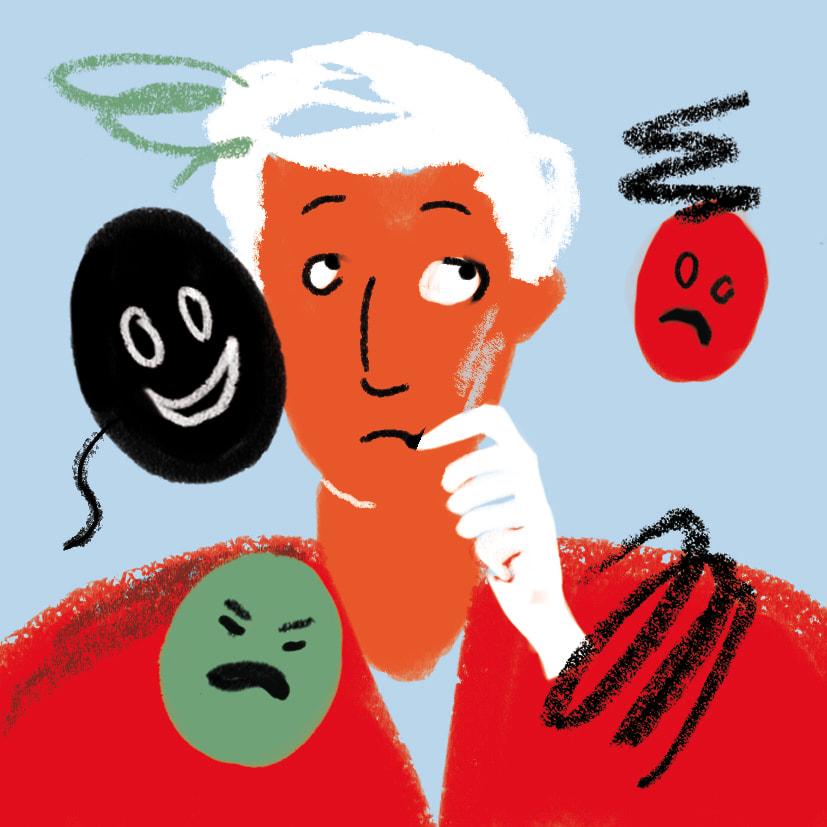 The fear of injury

Nevertheless - can't the ruthless, blunt truth about opinions and feelings also be overwhelming? Sometimes the tactlessly spoken truth can ultimately hurt, and we are not always prepared to deal with it. Because not all the judgments that we have made and carry around with us are constructive criticism that helps others, but rather they are often petty and arose out of a bad mood. If we are radically honest, isn't there a risk of venting our own frustration on others?

Tuulia also warns of this: “For me, motivation is essential. Why do I say unpleasant things to others? Not to let off steam, but to establish closeness with them, which is created by the fact that there are no secrets between us. ”Honesty should not be a stress relief, but a means to reduce constructive differences - with this attitude it hurts less.