What is meant by interest rate signals

How next on the stock market?

After the brilliant rally in 2017 and the correction in February, the stock market is in a decisive phase. Which factors could decide the further development?

The previous week on the stock exchange also showed no clear direction in which the Share prices could move in the near future. The positive interest rate signals of the previous week only lasted for a short time and another downward movement began on Tuesday, which lasted until the end of the week. The reason for this was the announcement by Donald Trump Import duties on steel- and Aluminum imports to want to raise. The European Union in particular would be hit very hard. It is not only the largest trading partner of the USA, but also exports around 460 million US dollars1 along with Canada also most of the steel to America. For its part, the EU Commission has already announced countermeasures and now wants to impose punitive tariffs on American products such as whiskey, blue jeans and Harleys. The Donald had threatened in turn to impose customs duties on cars made in Europe. We know from the past that Trade wars a Downward spiral can trigger, in which each measure results in further countermeasures. The international trade in goods would be massively impaired and have a correspondingly negative impact on the economic development of all parties involved. When the US under George W. Bush levied import tariffs on steel for the last time at the beginning of 2002, this had a major impact negative both on the Stock markets as well as the value of the US dollars out. gold on the other hand benefited: 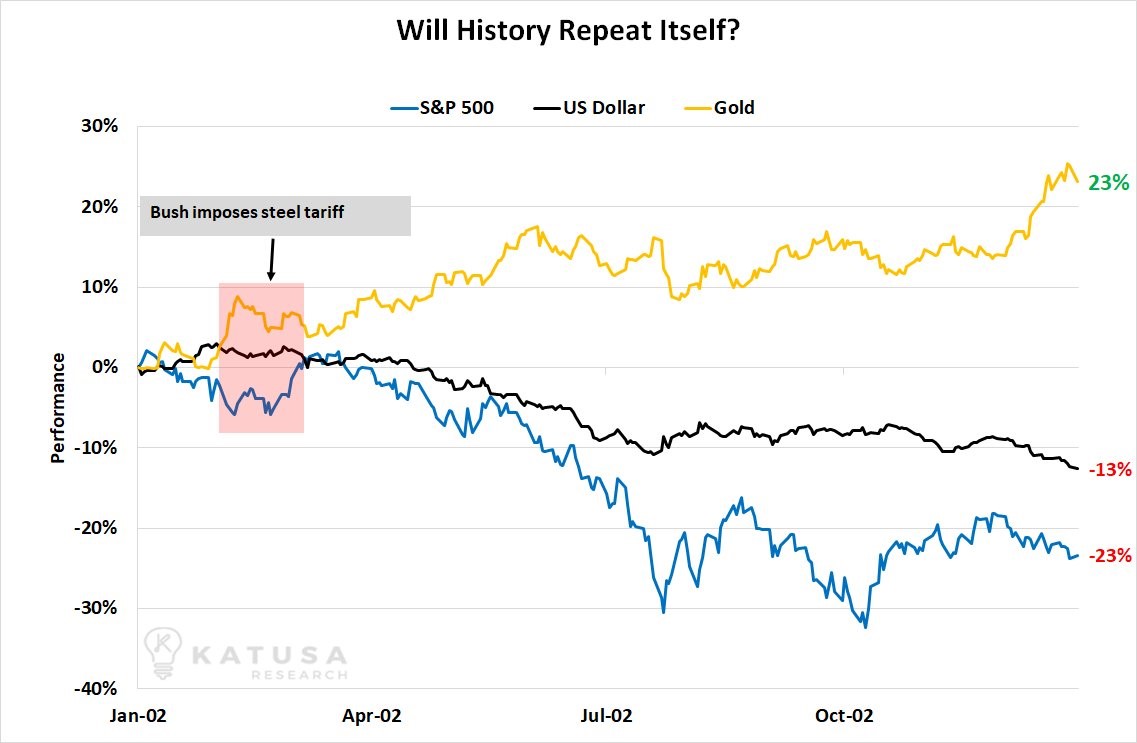 The import of import tariffs has not yet been definitively decided, but it would correspond exactly to the trade policy advocated by President Trump and his cabinet and it can be assumed that this will also be implemented.

Another indicator that we might see prices falling in the coming weeks and months is that decreasing market breadth. This means that fewer and fewer individual stocks are responsible for the positive overall performance of an index. These are mostly a few, very popular stocks that are quoted higher and higher over time and often lose all reference to a valuation that is considered reasonable. In the shadow of these outperformers, however, at the same time most other stocks have seen their highs and are already on a downward trend. The outperformers hide the actually rather negative overall situation and, above all, rather uninformed investors like to be blinded by it and continue to buy shares. The change the Market breadth can be determined, among other things, by using the performance one equally weighted Index with that of one compares market capitalized index. Here using the example of the American technology index Nasdaq: 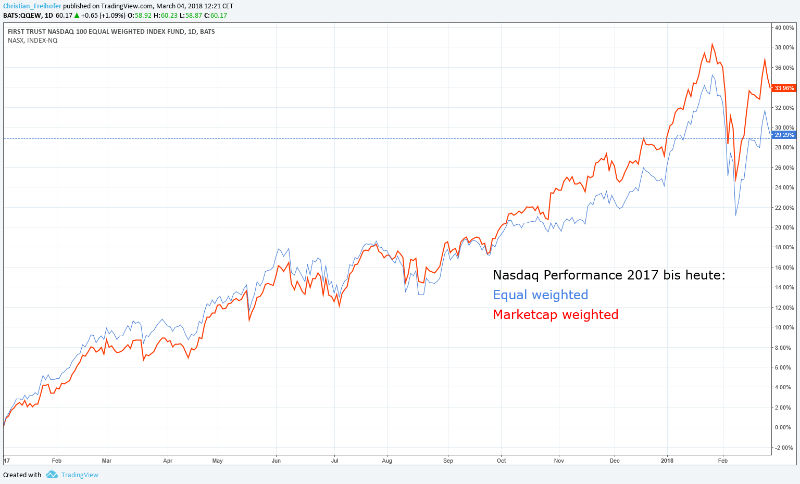 Since its low in March 2009 to the end of 2017 proved that Market capitalization weighted Nasdaq with 319% one worse performance than the equally weighted index, which rose 336%. So the movement was broad-based as companies with lower market capitalizations added more to overall performance. As you can see from the chart above, the market width has increased since the year 2017 however more and more from and especially since last autumn the rejected market capitalized Nasdaq (orange line) an increasingly strong one Outperformance compared to the equally weighted index (blue line). Since 2017, the difference in returns has been around 5%. This means that already highly rated companies have had an ever greater impact on index performance and have continued to do so since the last correction at the beginning of February.

But which companies are we talking about? What United Steel or General Motors were in 1929, the Nifty Fifty in the 1960s or the dot-coms at the turn of the millennium, are what the so-called today are CATCHs. You have probably heard the term before. It stands for the stock market favorites of our time: Facebook, Amazon, Netflix and Google. These four companies make around 8,100 billion US dollars 26% the whole Market capitalization the total of 42 im Nasdaq contained companies.2 The following chart shows you that these four stocks have been able to outperform the Nasdaq strongly since 2017: 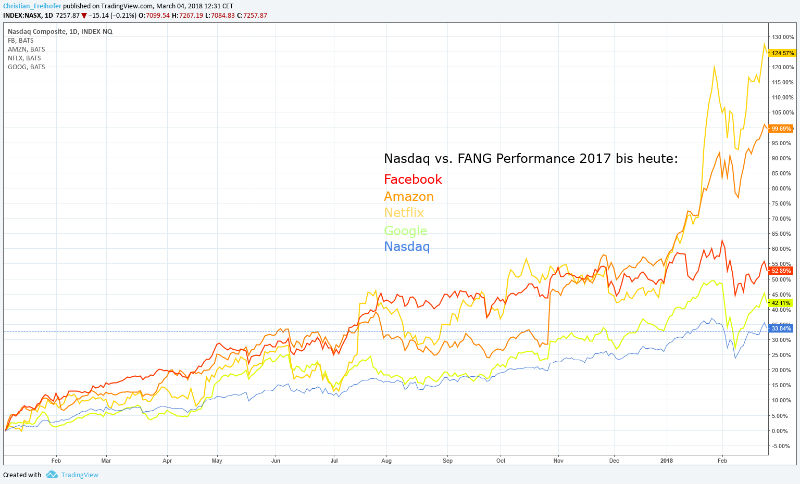 During this period, the Nasdaq rose by 34%, while Google returned 42%, Facebook 53%, Amazon 100% and Netflix 125%. Especially at Amazon and Netflix Not only is the return remarkable, but also the fact that these two stocks returned last week new highs could achieve.

Not only are the ratings of the FANG stocks ridiculously high and a purchase would never be an option for me.

It also seems like template the decreasing market breadth and simultaneous stronger Outperformance a few Exchange favoritesthat we have seen so many times in the past at the end of a stock market cycle to repeat. I am therefore rather skeptical about the medium-term development of the overall market.

I warmly greet you

Do you want independent and professional asset management?

Then to contact Us for a non-binding introductory meeting. 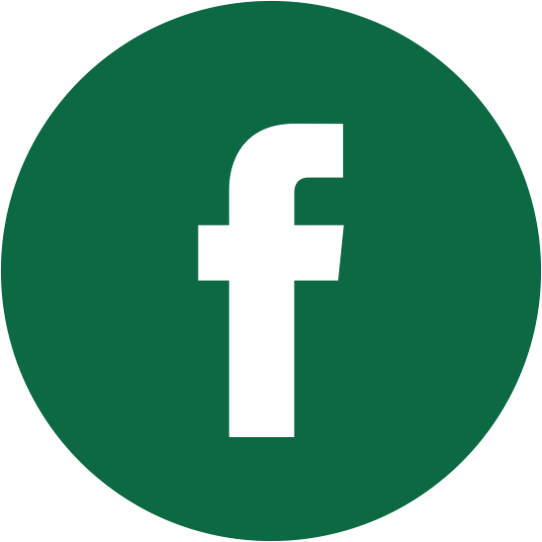 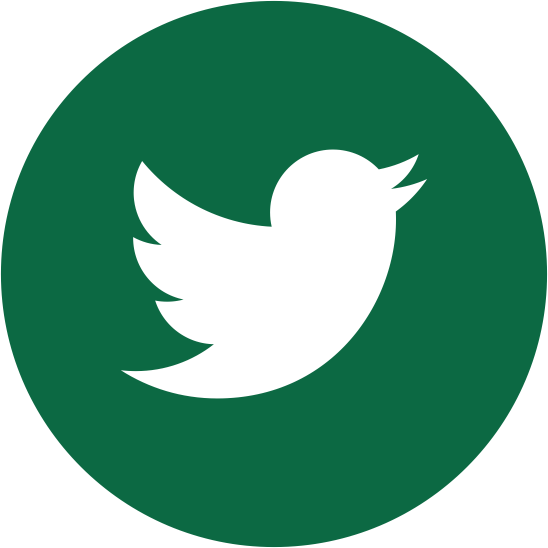 P.S .: Register now for my free newsletter Prospera Notes to access the Charts of the Week to obtain.