An MBA student receives a scholarship

Sources of funding for the MBA program An investment in you

The degree "Master of Business Administration" (MBA) is not cheap. Find out here which options for financing exist and whether it is worth it. 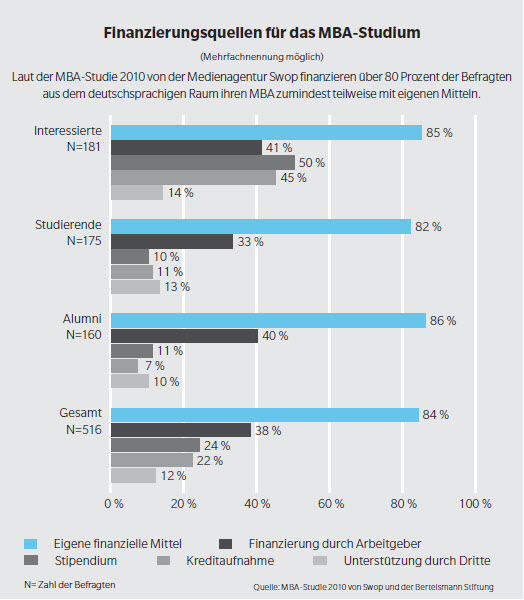 The Master of Business Administration (MBA) degree is not cheap. But those interested see the tuition fees as a worthwhile investment and are willing to spend large sums of money. You have many options for financing. Whether it's a loan, scholarship, sponsorship by the employer or tax benefits - the sooner you take care of it, the better.

It wasn't the worst job: Programmer at the renowned Würzburg specialist publisher Vogel Business Media. But despite demanding software projects, Michael Schenk felt like taking on a new challenge three years after his debut. The business informatics specialist no longer just wanted to “hit the keys” with computer commands, but also wanted to develop business models himself. After doing some research, it was clear to him that a Master of Business Administration (MBA) would be exactly the right addition to his university degree.

But the high cost almost jeopardized his ambitious plans. "So soon after graduating, you don't just have 20,000 euros or more on your side," says 30-year-old Schenk. But that's how much an MBA degree costs on average in Germany. A third of the management courses even incur fees between 20,000 and 50,000 euros. And the necessary expenses for the often mandatory trips to partner universities or companies abroad, the costs for accommodation and study materials such as books or computers are not even included.

In short, an MBA is a serious investment in your career

The expectations of the training programs are correspondingly high: "A higher salary is a measurable improvement that almost all MBA students want from further training," says Rebekka Baus from the recruiting company Staufenbiel Institut, author of the guide "The MBA program" . But the further training also has advantages that cannot be expressed in numbers: "That can be greater self-confidence in dealing with superiors, great contacts or the opportunity to take on completely new tasks," says Baus.

Many MBA prospects would be willing to spend large sums of money on this. The 2010 MBA study by the media agency Swop showed that almost a quarter of those surveyed would even spend more than 40,000 euros on further training. At the same time, they are optimistic about funding. Almost half of all those who are interested in an MBA stated in the survey that they wanted to pay for their studies with a scholarship. In fact, only about ten percent of all MBA students receive a scholarship.

Business IT specialist Michael Schenk was lucky. He realized his dream with a grant from the non-profit Würzburg AG. In 2010, five scholarship holders from the Lower Franconia region received 16,000 euros to complete an part-time MBA with a focus on media at the University of Würzburg.

Of course, there was a great rush for the few scholarships, but Schenk prevailed: He gave a lecture in fluent English, and his application documents convinced the selection committee. Suddenly, at the age of 27, he was an MBA student, one of the youngest in his class. After just six months in further training, his employer recognized his commitment with a new position: Business Development Manager. For the first time a job with managerial responsibility. 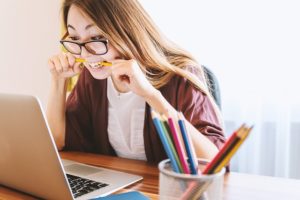 It doesn't always go as fast as with Schenk until those interested can start studying. Rebekka Baus advises to take care of the financing of the MBA at an early stage. Many of the grants, such as the renowned ERP scholarship, require a lot: For the scholarship, which is financed from the European Recovery Program of the Marshall Plan, applicants must be younger than 35 years old, already have a bachelor's degree with an excellent grade, themselves volunteer and do a charitable internship during the term of the scholarship. For this, the selected receive $ 1900 a month. In addition, they receive an entry fee, travel allowances and are exempt from tuition fees of up to $ 25,000 annually. The catch: only around 20 such scholarships are awarded each year.

And there are other sources of funding:

You should also speak to your own employer about further training at an early stage: after all, in forty percent of all cases, the participants in the 2012 MBA study received financial support from their own company. However, many companies secure their high potentials afterwards by contracting their employees for longer because of the financial support.

Those who do not want to be obliged to work with their employer in the long term can turn to financial institutions: Deutsche Bank, Citibank or KfW - there are numerous financial institutions that offer educational loans. In particular, the state-owned KfW improved the conditions for student loans this spring. Since then, postgraduate studies such as the MBA and doctorates have also been supported. In addition, the age limit has been raised to 44 years - and part-time studies are now also eligible.

The tax office recognizes a Master of Business Administration as a second degree. This means that the expenses can be deducted as income-related expenses. How high the tax reimbursement is depends on the personal tax rate and thus ultimately on income - up to 42 percent is not uncommon in practice. Even those who take a professional break to study can benefit from taxation. Because the advertising costs can also be accumulated in a so-called loss carryforward. Then there are the repayments from the tax authorities when they return to work.