Why should one pursue English Hons

If you are interested in studying abroad or in a so-called double degree course, you will probably have stumbled upon foreign degrees and perhaps asked yourself what it is all about. In the following, we will explain to you in particular the English Bachelor degrees and their meaning!

Even if higher education degrees have become internationally more comparable due to the Bologna reform, there are still enough differences in the European higher education landscape that sometimes make it somewhat difficult to understand the individual degrees.

For example, if you are interested in studying (part of) the UK, you will read more often about the Bachelor (Hons) and Bachelor (Honors) degrees, which may look the same at first glance. In fact, there are two fundamentally different degrees that we are going to introduce to you here. 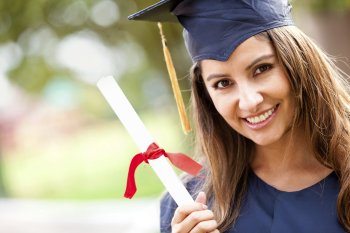 At first glance, the university degrees in England do not differ that much from the German ones - In the UK, too, most courses end with a Bachelor ("First Degree"), which lasts three years (in Scotland, however, four). And of course there is also a master’s degree.

However, there are some abbreviations for Bachelor degrees that are not common in Germany. In the meantime, however, you will also come across a bachelor's degree (Hons) from more and more German private providers.

To make it clear that you have not graduated in the worst category (pass), it is common to put the abbreviation (Hons / Hon) for an honors degree after the degree. This system has largely been adopted in the Commonwealth of Nations.

However, this designation should not be confused with the Bachelor (Honors) / Bachelor with Honors!

The Bachelor (Honors), which is mainly awarded in New Zealand, Australia and South Africa, should not be confused with the Bachelor (Hons / Hon)! The Bachelor with Honors can no longer be compared with the German Bachelor degree, but rather resembles the first year of the Master’s degree in Germany.

It can be taken by students who have completed an upper second class or a first class degree. This study lasts two semesters and includes a intensive research work, which is concluded with a thesis and an examination. Then you have one Bachelor with Honors or Bachelor (Honors) and this period of study can be credited to his master’s degree.

Will be in most foreign countries In addition to Bachelor and Master degrees, also "Certificates" and "Diplomas" awarded. These degrees are also obtained at the university and often denote a short advanced or advanced studies or one Possibility for a lateral entry in a compartment.
In Germany, these courses are most closely related to advanced training, but basically there is no suitable German equivalent. Mainly because the content and requirements differ from country to country.

Above all, one must note that these certificates / diplomas do not represent an academic degree and are therefore often not recognized in Germany!

Here are some examples of Certicate / Diploma degrees and their significance in the various countries:

Was this text helpful to you?